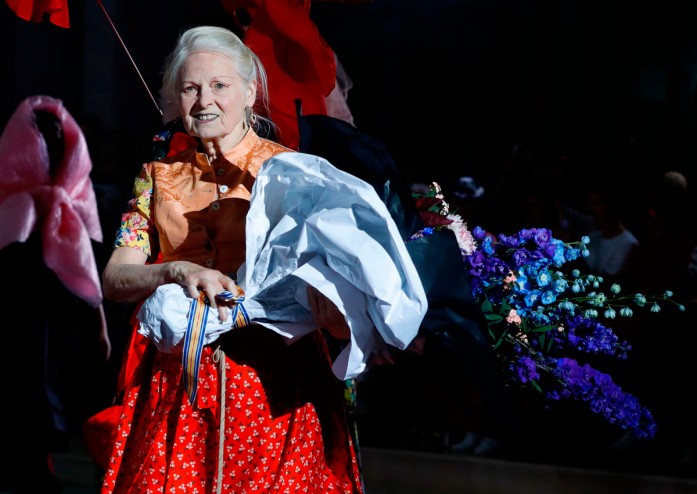 Dame Vivienne Westwood, who, at 76, still helms her multinational fashion empire and regularly attends protests and rallies, has finally indulged us in her secret to staying young — only take a bath once a week.

When asked how she managed to look so young, Vivienne Westwood smiled and said, “Don’t wash too much.”

“She only takes a bath every week. That’s why she looks so radiant,” said Andreas, who Vivienne has described as the world’s greatest designer. “I only wash once a month,” joked the Austrian-born creator, who is 25 years younger than the great dame.

Vivienne Westwood, an environmentalist and vegetarian who has campaigned against the meat trade depleting water supplies, has previously said that “I just wash my bits and rush out in the morning and more often than not get in the bath after Andreas.”

Andreas who have inspired comedian Sacha Baron Cohen’s 2009 fashion satire “Bruno” — lived up to his reputation for decadent excess in his Paris show which featuring no less than 68 looks and a dozen more human sculptures wrapped in duvets.

“There is nothing better than giving people choice,” he revealed that his collection is filled with lust, desire, sex and sadness. “We travelled quite a bit this summer and I tried to put it all into it.”