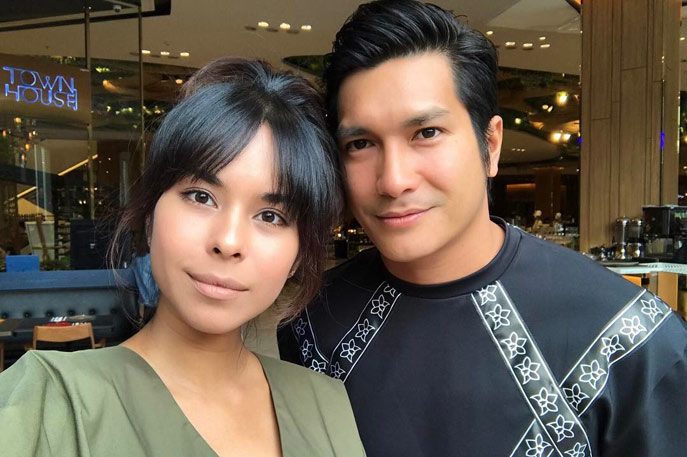 Keith Foo has shut down rumours that he and his wife of three years, Kim Raymond are headed for divorce.

The rumour came when followers pointed out that the actor nor his fashionista wife have uploaded photos of each other on their Instagram accounts. What’s more, eagle-eyed fans also discovered that Keith Foo has unfollowed Kim Raymond on the social media platform.

Unfazed by any of the talk, the 34-year-old hunk casually slammed the chatter by insisting they love each other and that everything is A-OK in the hood.

“We are busy preparing to move into a new home. Everything is fine and as a matter of fact, we just welcomed a baby girl named Skylar Raymond Foo.” The Ariana Rose actor continued, “In the subject of not following Kim on Instagram, I wasn’t even aware about it. My nephew loves to play with my phone, so.. perhaps he pressed that button by mistake”.

Meanwhile, it has also been reported that Keith was recently hospitalized due to some domestic problem faced with his wife. The matter was strongly denied by the actor, claiming his injury was caused by accidentally hitting his head during a workout session.

“The story of our difficult marriage is not true at all. In fact, our lives are just as normal. Recently, I was hospitalized, but due to an injury I experienced during a workout session. My head banged on a really hard object, which lead me to spending two nights in the hospital.”

Well, that explains it. Never knew not posting pictures of your baes on social media (regularly) could lead to divorce rumours. #LOL

Nevertheless, we wish the gorgeous pair a happy, long-lasting marriage and can’t wait to see more cute babies in the future! 😍