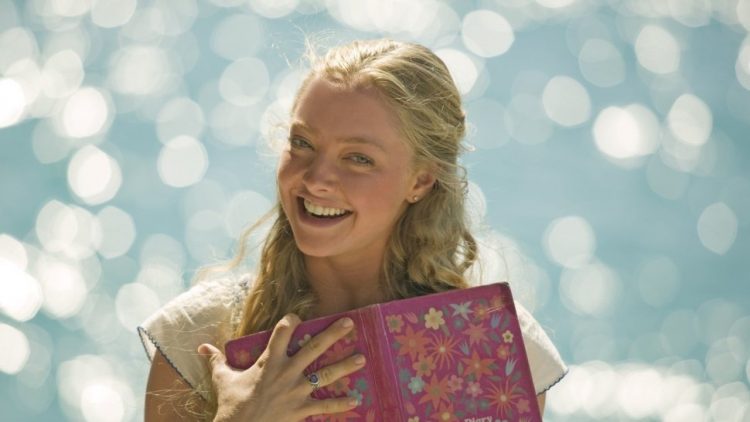 This may not come as a shock, but Amanda Seyfried has officially signed a deal to return as Sophie in the Mamma Mia! film adaptation sequel!

The sequel to the 2008 film based on the famed Broadway musical will be called Mamma Mia: Here We Go Again! and is slated for release on July 20, 2018.

In Mamma Mia!, Seyfried’s character Sophie invites three of her mother’s past lovers (starring Pierce Brosnan, Colin Firth, and Stellan Skarsgård) to her wedding, in hopes of learning which one of them is her father. Meryl Streep starred as Sophie’s mom and Donna the dancing queen supreme.

According to Deadline, most of the original cast is expected to return, though there’s been no official confirmation on whether Sophie’s fiancé (Dominic Cooper), Streep, Brosnan, and the rest of the gang will be back for more ABBA extravaganzas. But our hearts are set on all of them returning again, anyway.

However, ABBA’s Benny Andersson and Björn Ulvaeus, whose disco jams provided the basis for the original musical back in the day, will be back to write more catchy music and lyrics, in addition to serving as executive producers.
Since Mamma Mia!, Amanda has been quite busy. The Mean Girls star and first-time mom has since appeared in a flurry of films including Les Misérables and Dear John.

Until then, we’ll be patiently waiting and dancing for more Mamma Mia: Here We Go Again! news to surface.