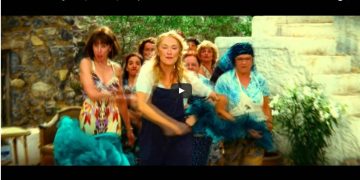 Here We Go Again: A Mamma Mia Sequel Is Officially In The Works!

Here We Go Again: A Mamma Mia Sequel Is Officially In The Works!

We’ve got great news about the long-rumoured/awaited/speculated Mamma Mia! sequel.

It”s been 10 years since the smash musical comedy based on the music of ABBA hit cinemas. 10 years later, Universal Pictures is finally moving forward with plans for a sequel, according to The Hollywood Reporter.

Original cast members Meryl Streep, Pierce Brosnan, and Colin Firth are currently in talks to return for Mamma Mia: Here We Go Again, with other co-stars who are likely to sign on as well. So far, Brosnan has confirmed that he’s coming back for the sequel.

As of now, The Best Exotic Marigold Hotel’s Ol Parker will be directing the musical that would serve as both a sequel and prequel to the original musical with scenes set in the past featuring new actors to play Donna (streep) and her ABBA crooning suitors with tracks that were left out of the Mamma Mia soundtrack.

Meryl Streep has been rallying for Mamma Mia: Here We Go Again ever since the first film smashed the worldwide box office, making more than $600 million back in 2008.

Mamma Mia: Here We Go Again is currently being planned for a release in July 2018, and will bring back the original stage musical’s co-creator, Judy Craymer.

Until then, we’re reveling in Mamma Mia’s iconic musical numbers.