Amanda Seyfried Got Married In Secret & Everything About It Sounds Perfect 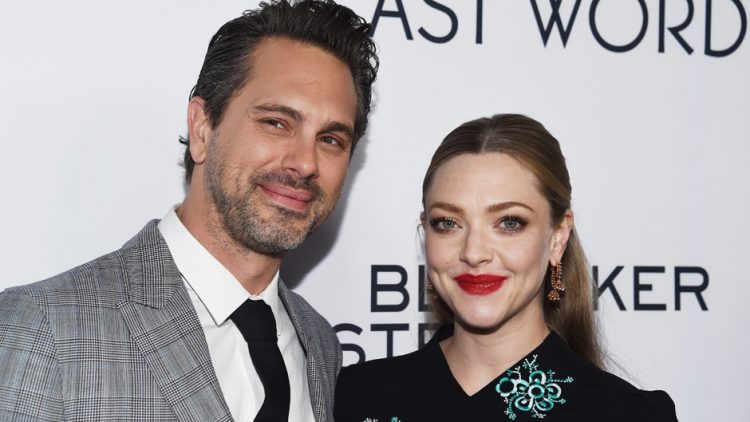 So apparently Amanda Seyfried got married and didn’t tell anyone about because why should she (this sentence is dripping in F.O.M.O.). This news comes after THIS news of her being pregnant with her 1st child, coming full circle as a woman! (Kidding, kidding, obviously.)

News of their marriage came about on Thursday night’s episode of The Late Late Show where the actress’s now-husband, Thomas Sadoski, announced that they’ve secretly eloped over the weekend. Sadoski, who is best known for his roles in Life in Pieces and The Newsroom, dropped the bomb on host James Corden who couldn’t have been happier to hear the news.

“I just saw that!,” Corden exclaimed, pointing to Sadoski’s wedding band. “I was about to say fiancée, I didn’t know you got married! When did you get married?” “Sunday,” Sadoski replied, and the audience went wild. Sadoski explained just how the couple, who got engaged in September, pulled off this secret matrimony heist.

He told Corden, “We eloped. We just took off into the country with an officiant, just the two of us, and we did our thing. She’s the person that I love, admire and respect most in the world. I know that you guys are close friends and that she would want you to know, so just keep it quiet, don’t tell anybody.”

The ceremony he described sounds simple, intimate and TBH so damn perfect. He continued, “It was beautiful. It was everything that it should be. It was just the two of us talking to each other.” After the ceremony was over, Sadoski said he and Seyfried took their dog for a walk through the country, went out to dinner and went home. TELL ME IF THAT IS NOT THE SWEETEST WEDDING EVER?!

“And you like, have your life,” he concluded. “It was a great day!” Shortly after Seyfried and Sadoski got engaged, Seyfried revealed the couple were expecting their first child together.

While some were commenting on the quickness of the engagement-pregnancy timeline, Seyfried said in an interview that she didn’t question the timing. She said, “I don’t question how fast things happen, because I’m actually right where I’m meant to be. I trust the universe.”

Congratulations to the super happy couple! We’re beaming with joy.