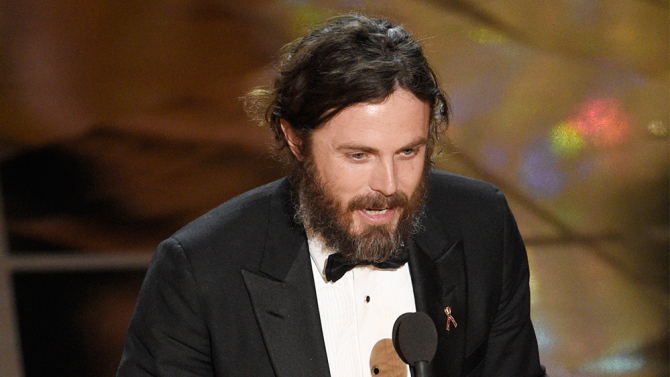 Casey Affleck is well aware that not everyone was excited about his 2017 Oscars win.

On Sunday night, Hollywood (minus Brie Larson, twice) applauded his performance in Manchester by the Sea while some have expressed their dissatisfaction over Affleck’s win.

Most notable of the lot was when Constance Wu blew up over Affleck’s Oscar nomination on Twitter:

In a new interview with the Boston Globe Tuesday, Casey decided to speak out about the sentiments.

“I believe that any kind of mistreatment of anyone for any reason is unacceptable and abhorrent, and everyone deserves to be treated with respect in the workplace and anywhere else,” he shared with the publication. “There’s really nothing I can do about it. Other than live my life the way I know I live it and to speak to what my own values are and how I try to live by them all the time.”

Weeks leading up to The Oscars 2017, several articles brought up claims of sexual harassment from a 2010 lawsuit filed by two women who worked with Casey on the film I’m Still Here. The suit was ultimately settled out of court and Casey has continuously denied allegations of sexual harassment. Casey’s team even called the lawsuits “preposterous and without merit.”

During his Boston Globe interview, Casey also said both sides in the case are prohibited from commenting on the matter, and none of the people who are condemning him online know what happened. Ultimately, Casey chose to focus on nothing but positive things (well, what else is left, right?) Sunday evening during his acceptance speech.

“I wish I had something bigger and more meaningful to say, but I’m just really proud to be a part of this community and I look out at all of you and I have this whole year,” he said inside the Dolby Theatre. “I’m just dumb founded that I’m included. And it means a lot to me.”

Casey concluded, “Of course, my mother and my father for mostly, usually believing in me in doing this. And Ben Affleck, I love you. You ain’t heavy. Thank you all very much.”