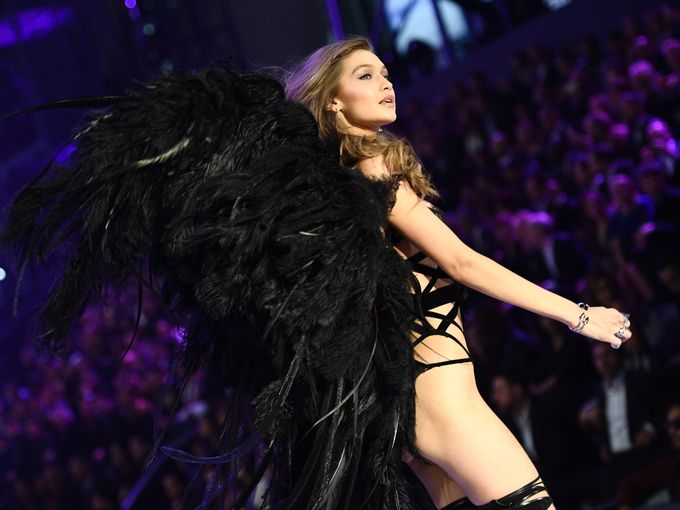 It’s no secret that the yearly Victoria’s Secret Fashion Show is one of the most anticipated runway events in this realm. Every year, the premise of the show gets better each time and while 2016’s event was shrouded in more mystery than usual, last night’s star-studded runway show proves that you should never underestimate Victoria’s Secret powers.

Held in Paris, the world’s favourite lingerie brand took a total of 51 models to the city of love, marking the largest group of angels recruited by VS in 21 years. Alongside the regular VS royalties, 18 models including bombshells Irina Shayk, Taylor Hills and Bella Hadid made their first Victoria’s Secret debut and stunned on the runway with their sexy struts. The Weeknd, who was scheduled to perform during one of Bella Hadid‘s walks, had a precious moment with the model on the runway as she showcased her lingerie. This Hadid sister was also caught looking at her former flame’s pictures earlier this week. Aww, just get back together you two!

These images definitely blew up the Internet this morning. Scroll through the gallery above to see the full list of models walking in the 2016 Victoria’s Secret Fashion Show, and stay tuned for its television debut on 5th December 2016.