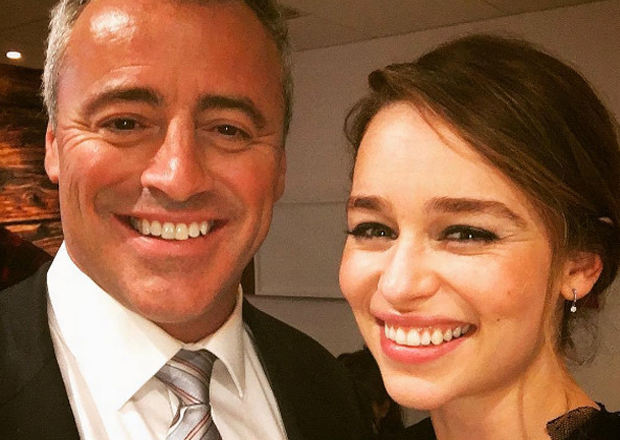 Are you a fan of Game Of Thrones? Matt Le Blanc sure is.. (of Emilia Clarke though).

The two TV stars appeared on the red carpet at the Emmys and were both interviewed at the same time by different E! hosts when the former Friends star was asked about the most scandalous TV show of this decade, Game Of Thrones.

In what seemed like a very Joey Tribbiani moment, Matt replied: “I saw the first season then fell out of touch with it, and then I guess that was when she started getting naked, so I need to catch up.”

However, his clear affection for the actress didn’t sit too well as fans slammed his response on Twitter,  saying it was “creepy” and “awkward”. Was it, though?

The controversial TV show can be draggy at times and it does feature a lot of nude scenes.

With that said, all is good between the two stars. Emilia is apparently a huge fan of Matt and his iconic Friends character.

When the pair were on The Graham Norton Show earlier this year, she begged him to “ask me how I’m doing”, a reference to his famous line (2:12). He was also asked the exact same question about Game Of Thrones and his response didn’t hurt Emilia at all (1:13).

Clearly, Emilia Clarke is a huge fan of Joey too..

We don’t know what’s going on but we’re sure he was just trying to be funny — oh, Joey.