Never would we have thought that mood-changing hair dyes could become a thing, but it’s all been made possible by a real-life witch Lauren Bowker.

Bowker really does practice magical arts for a living, but as for her otherworldly inventions, she utilises innovative hard science. The mystical hair dye called THEUNSEEN, for instance, acts similarly to mood rings and changes colour according to the temperature.

An idea is only an idea untill someone makes it happen! 6 months ago @ilikegrey and I were watching The Craft and It dawned on me that their world was now! If you can believe it you will see it! And why wouldn't you!? #seetheunseen #magic #womenininnovation #science #alchemy #curiosity #modernwitch #ideas #innovation #chemistry #materialgirl

She explains, “When heat hits the pigment, or if the cool hits the pigment, it changes the bonds of the chemistry to give you a different colour, so it’s like a chemical reaction. However, we also work with ones that change their structure, which gives you a light refraction instead, so it’s more like a prism color change.”

“On the outsider’s version of what the technology does, it changes its color to temperatures. So we tuned those so that if you’re inside you get one color and if you’re outside you get another color. If you have red hair and you’re in the wind it might go blue. So what we did was look at data patterns of weathers and the environment in different countries and tailor the color changes to correlate with those.”

F I R E – inspired by The Craft and for me a real reminder that creativity comes from the hardest of times! @kierantudorhair @christel.chaudet @mizziemakeup @stormmodels thankyou for helping me bring my teenage dreams alive! #seetheunseen #magick #colourchange

THEUNSEEN now consists of seven shades of semi-permanent hair dye that transforms hues every time there’s an intense temperature change. There’s a jet black colour that changes to a crimson red, and a blonde shade that switches to an icy blue tone. Magical, don’t you think? 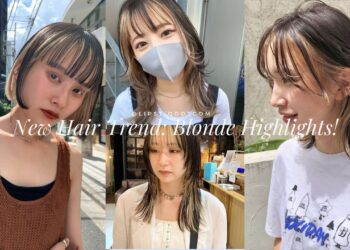 Happy New Hair! All You Need To Know Before Getting Blonde Highlights For 2022

Blonde highlights aren't the newest hair trend to be known. But ever since Ryujin from one of the most famous... 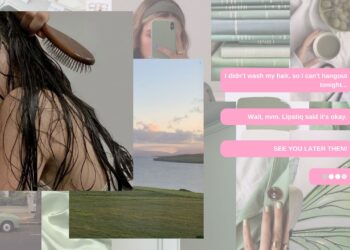 Do KNOT Do It: We Wash Our Hair To Wash Away Our Worries. But Every Day? NO!

Yes, you read that right. Or actually, we might’ve exaggerated it a bit. It’s not bad to wash your hair... 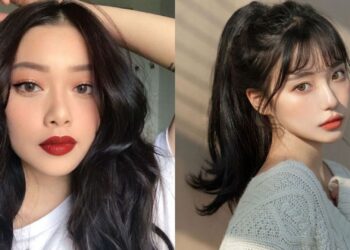 The Chinese New Year celebration is right around the corner, and we can already see the Rakyat sporting stunningly-beautiful CNY...