ASICS SPORTSTYLE has unveiled its new Art In Motion Collection, a limited-edition line of three famous ASICS SPORTSTYLE models, each with an original design by a Southeast Asian artist. Ann Irin, Kenji Chai, and tobyato have created a unique collection based on ASICS’ most iconic shoes, the Japan S, GEL-1130 and NOVABLAST.

Following the GEL-LYTE III 30th anniversary campaign in 2020, in which ASICS collaborated with 30 artists from Southeast Asia to create artwork based on the iconic silhouette, the Art In Motion Collection By ASICS SPORTSTYLE features three creatives who have reunited for a collection designed and produced specifically for Southeast Asia.

By giving local creatives a forum to showcase their art, ASICS SPORTSTYLE is demonstrating its dedication to boosting the creative community and culture across Southeast Asia.

The sneaker boasts an army camouflage design in the artist Kenji Chai’s famous “Chaigo” colorway, giving it a fresh spin on the traditional GEL-1130TM. “Chaigo” (Mandarin for stray dog) was established as Kenji’s trademark alter ego figure to represent his personal narrative of surviving on the streets and offer positive energy to the world. He aspires to motivate others to never give up on their aspirations by connecting with them via his art.

Kenji was born and raised in Sandakan, a city known for its simplicity, and now resides in Kuala Lumpur. He was engaged in the imaginative world of comics, cartoons, and storybooks from an early age, which influenced his usage of charming and bright figures in graffiti. Kenji has left his imprint in places all around the world, including Hong Kong, Singapore, Korea, China, and Taiwan, with over ten years of graffiti experience and collaborations with brands such as Netflix, Tiger Beer, Uniqlo, and Volkswagen. He was previously listed in the Malaysia Book of Records for constructing Kuala Lumpur’s tallest graffiti mural.

The NOVABLAST™ offers an asymmetrical black and white design with a flash of pink and interchangeable velcro patches on the shoe tongue, drawing influence from ancient Chinese philosophy of yin and yang. It was created by artist tobyato and examines the delicate balance between black and white as well as the co-dependency between opposed parts, resulting in an extraordinary synergy. The shoe’s upper features a dramatic flowing tiger stripe motif that pays reference to the traditional Chinese belief that a tiger’s breath produces the world’s winds, representing the movement of creativity around the globe.

tobyato is a multi-media illustrator and visual artist. His artworks are frequently vivid, striking, and influenced by traditional Chinese themes and fun inspirations that represent both his own heritage and personality, ranging from enormous murals to artist-brand partnerships. He has had the opportunity to work with companies such as ASICS, G-SHOCK, Shake Shack, and Levi’s, among others, as a lover of street culture, progressively establishing a body of work that epitomizes the benefits of artist brand collaborations.

The JAPAN S™, inspired by a classic basketball sneaker, gives your feet and mind a boost with every step. Irin Ariyatanaporn (Ann) incorporates her signature doodles into the sneaker, which has a variety of textures and colours to depict the history of basketball materials. The JAPAN S is redesigned with a modern viewpoint, from the rough, traditional leather to the smooth, modern ball and a cream colorway signifying the indoor court.

Irin Ariyatanaporn (Ann) is a Thai architect and professional doodler who is interested in a wide range of design disciplines, including architecture, murals, and graphic design. She is most known for her mural painting for the Starbucks Reserve Chao Phraya Riverfront store in Bangkok, as well as her book “Irin café illustration Sydney,” which was inspired by her passion for coffee and cafes. Irin is the creator of “Ari Studio,” a multi-discipline studio where she works on her illustrations and architectural design projects.

ASICS staged an official launching event at The Brick Studio, Kota Damansara, on 13 May 2022, from 7pm-10.30pm, to bring the creative tales behind the collection to life in Malaysia. A walkthrough of the collection, displaying the design inspiration and story behind each shoe in the collection, allowed attendees to get up close and personal with the creations.

The ART IN MOTION BY ASICS SPORTSTYLE COLLECTION retails for RM599, RM499 and RM399 for NOVABLAST™, GEL-1130™ and the JAPAN S™ respectively. It is available for purchase at ASICS.COM, ASICS stores, and Foot Locker Sunway Pyramid.

More on fashion? Read this: 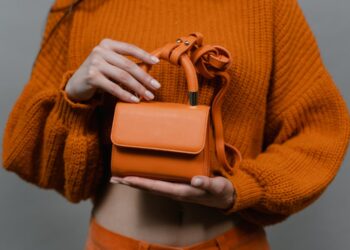 Ever since its red carpet debut with Lizzo - who carried the teeniest, tiniest Valentino bag at the American Music... 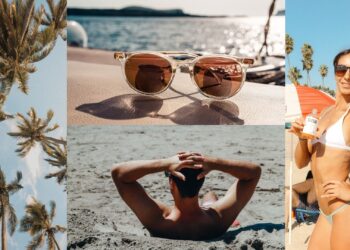 The mid-year holidays are almost here, so it's time to unzip your luggage and pull out your passports! Find the... 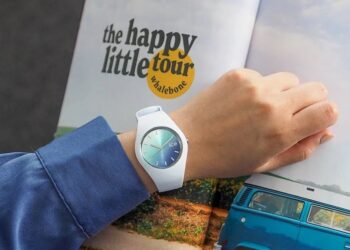 Upgrade your wristwatch this summer with the most elegant timepieces from ICE-WATCH, which is launching its newest line-up, the Ice... 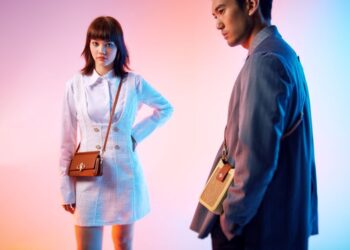 Summer Is ON With PEDRO’s New Icon Collection

Embracing the uniqueness that is you is the most important way to express your individuality. I mean, who wants to...