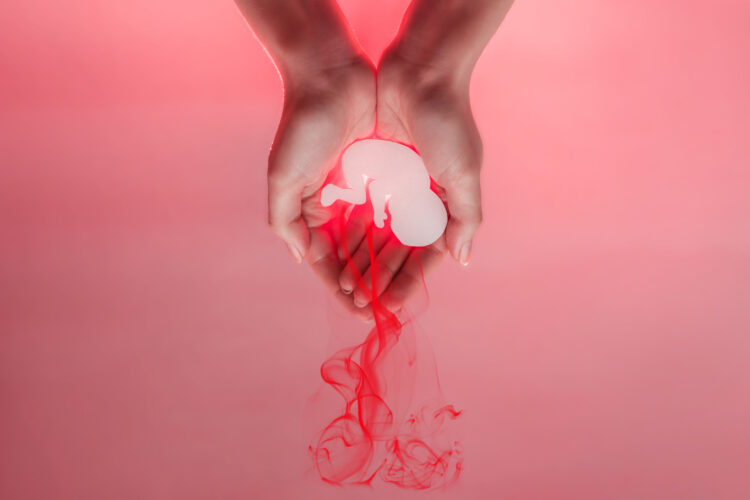 A women’s body is always filled with surprises often having us catching the wrong signals for different things. Pregnancy is one of the most jarring phases in a women’s life, where she is filled with an overflow of anticipation thunderbolt with jolts of shocks and amusement.

Do you know that many women tend to bleed once a fertilised egg has been implanted? An evident record shows that 90% of women tend to perceive bleeding for the period!

Shocking isn’t it? YES, IT IS…. We always assume that any form of blood discharged by our vagina is related to the period when it’s not. So how do we differentiate period bleeding from implantation bleeding? Allow me to enlighten you, ladies…

Light bleeding or spotting that occurs between 7 and 14 days after fertilisation is known as implantation bleeding. After ovulation, the embryo begins to divide and mature at the point where an egg is successfully fertilised by a sperm in a fallopian tube.

The endometrium, the inner lining of the uterus, begins to shift during this period. It has thickened during the menstrual cycle, but it will need to thicken even more to protect and nourish an embryo for nine months.

The rapidly developing embryo has passed down the fallopian tube and into the uterus about five to six days after fertilisation. It’s beginning to need more nutrients, and the endometrium has thickened to the point that the embryo can be supported.

The embryo attaches to the endometrium at this stage, and for the first time, it is dependent on a mother’s body for nutrients and oxygen. When the embryo makes its way into the uterus, small blood vessels may burst, causing implantation bleeding.

This implantation bleeding would most likely occur before the normal monthly flow (usually around seven to 10 days after fertilisation or conception).

The major difference that is quite evident is the colour of the bleeding. Period blood tends to be thicker and darker almost a reddish maroonish colour. Implantation blood is lighter in colour in the shade of either crimson red or light pink and its often like a pinkish white discharge.

What are the symptoms of implantation bleeding?

These are some of the most common symptoms of implantation bleeding:

How long does implantation bleeding last?

The duration of implant bleeding can range from a few hours to a few days. It may be something you notice occasionally when wiping your bottom with a piece of toilet paper, a few times on a pantyliner, or a light flow for one, two, or even three days.

It would most likely be longer for first-time mothers and shorter for mothers whose bodies have already delivered infants and are habitual to it.

When should you go to the doctor if bleeding persists longer?

Bleeding after a woman misses her menstrual is a major concern. If you have severe bleeding after a positive pregnancy test or a missed time, you should definitely contact your doctor, cause it might be a sign for:

What are the other reasons that may cause spotting if it’s not implantation bleeding?

Spotting can be caused by various activities we females often unrealisingly indulge ourselves with resulting in a heavy pressure to be pressed on our uterus. The most common reason elaborated medically are due to the follows:

Light bleeding or spotting doesn’t necessarily mean you’re pregnant, but some women do experience implantation bleeding shortly after conception. So if you have been keenly trying to conceive, and find yourself spotting for around 3 or 4 days, it’s high chances that you’re actually preggy mamas!

Never hesitate to contact your gynecologists if you have any concerns about vaginal bleeding before, during, or after pregnancy. They’re great at figuring things out, assuaging worries, and interpreting signs.

4 Reasons Why Every Mother Should Prioritize ‘Me Time’

Say Goodbye To Period Pain With The Help Of These Yoga Asanas!