Par-tay With Pavilion KL’s Tokyo Street On Its 11th Anniversary! 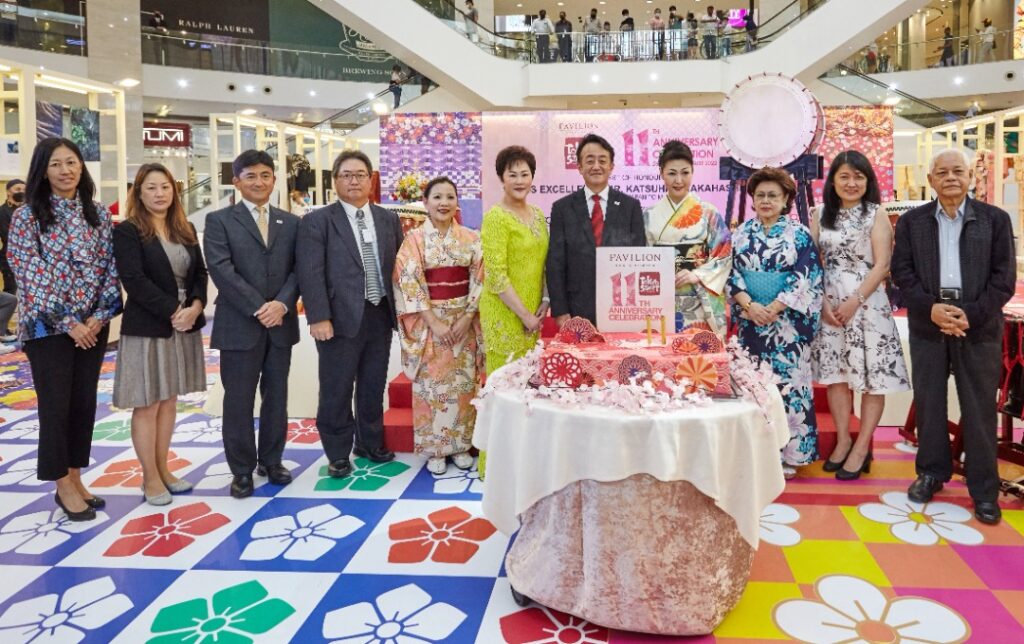 Firstly, they can check out the stunning ‘Art of Kimono’ exhibition, which is the main highlight of Tokyo Street’s anniversary. Running until 31 July, at the Centre Court, the inaugural ‘Art of Kimono’ exhibition features more than 100 pieces of Japanese kimonos, yukatas and fusion Japanese dresses that blend pop culture and Malaysian batik elements. A selection of these beautiful pieces are showcased in a spectacular fashion show from Tuesdays to Sundays.

Till the end of this month, shoppers can visit a slew of pop-up stores featuring specially-curated Japanese artisanal items. Browse through a variety of intricately handcrafted tableware, decorative items, accessories, bags, towels, skincare and beauty products, and more! 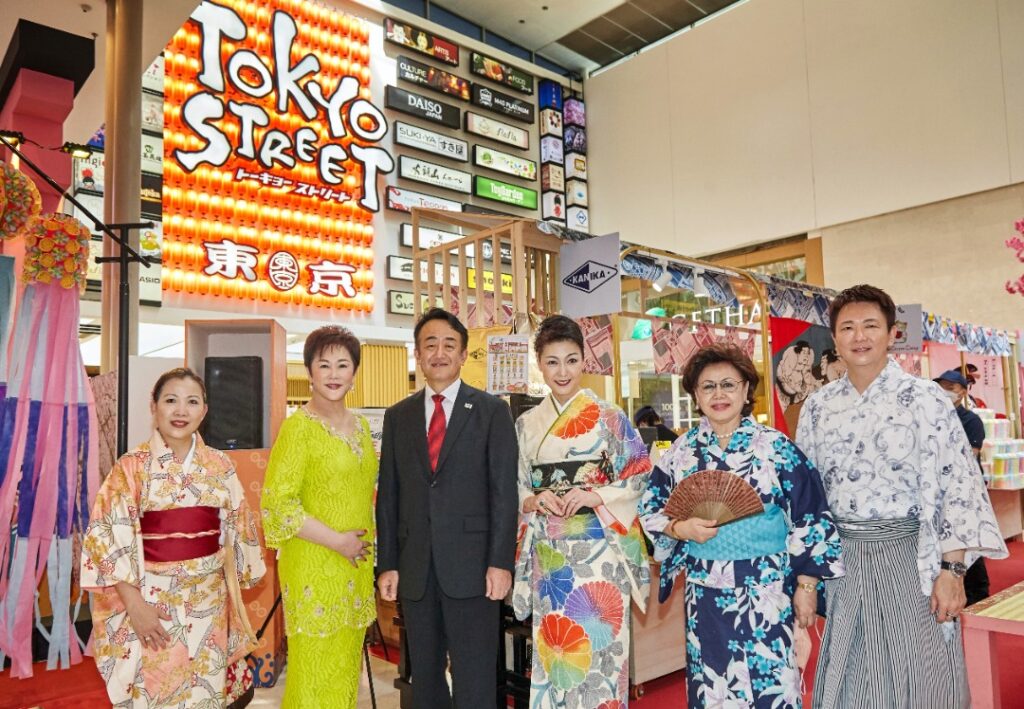 The celebration was launched on 26 July at a festive event attended by Guest of Honour, His Excellency Katsuhiko Takahashi, Japan Ambassador to Malaysia, accompanied by his wife, Madam Mami Takahashi, in their first official visit to Pavilion KL. As part of the launch, guests were treated to a traditional Japanese drum performance, as well as a sake barrel-breaking, a kimono fashion show and a cake cutting ceremony, before being given an exclusive tour of the ‘Art of Kimono’ exhibition and Japanese pop-up stores at Centre Court, before proceeding to Tokyo Street.

Be Transported To Japan

Since its opening in 2011, the award-winning precinct has become renowned for blending traditional elements and modern facets of Japan’s dynamic culture and ambience. From now until August 26, shoppers will also be transported to the streets of Harajuku at Tokyo Street, where they can indulge in Japanese cuisine at pop-up booths selling sushi bentos, Yatai Ramen, green tea and beer from Asahi at Tokyo Street’s Event Atrium on Level 6. 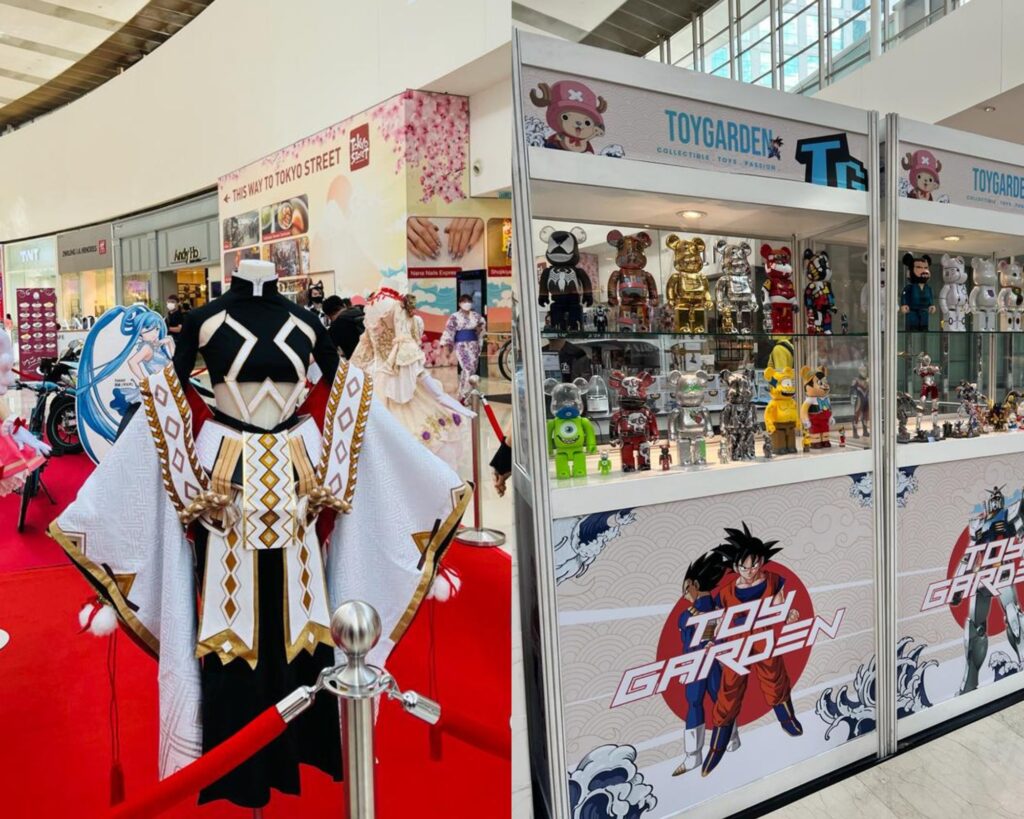 For anime fans, you can immerse yourself in Japanese popular culture at one of Malaysia’s largest animation, comics and games conventions, AniManGaki, held at Tokyo Street until 31 July. Cosplayers, anime lovers, comic enthusiasts, gamers, dancers and general shoppers can also check out AniManGaki’s cosplay, dance competitions and live musical performances on 30 and 31 July. Keep your eyes peeled for popular Malaysian cosplayers Hakken, YingTze and Preston in AniManGaki special meet and greet sessions!

After exploring the exciting activities and pop-ups at Tokyo Street, sit back and enjoy a delectable Japanese meal at one of the precinct’s many restaurants. Don’t forget to check out exclusive promotions and discounts to shoppers who dine-in. 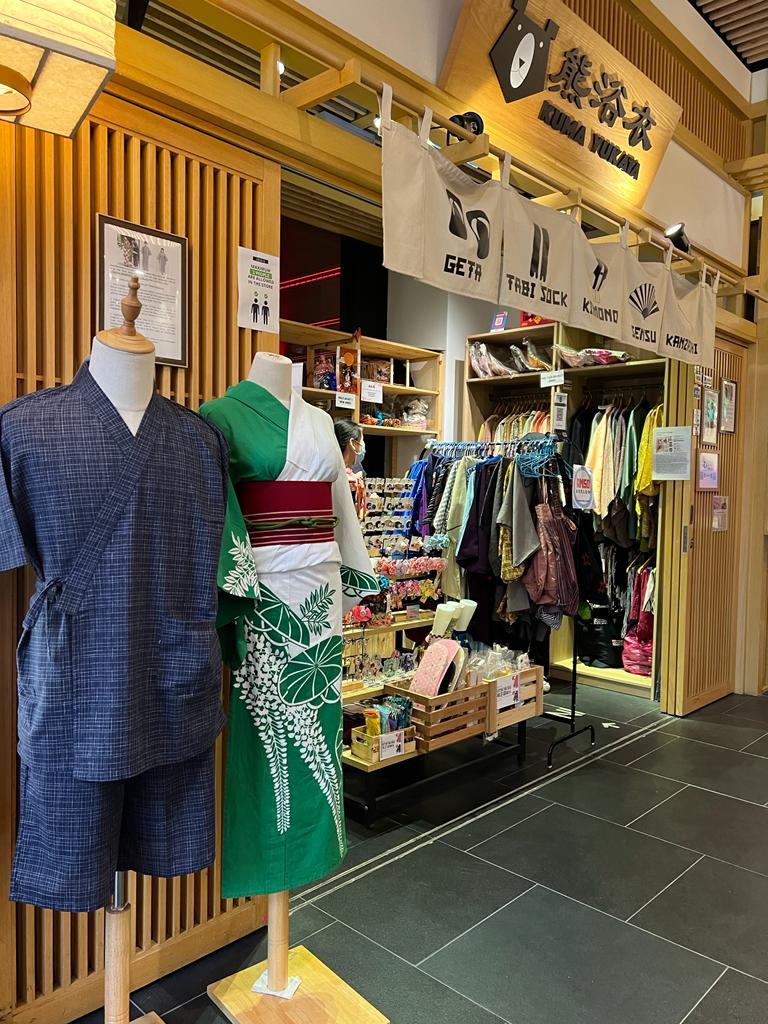 You can also rent a kimono or yukata at Kuma Yukata to snap photos at Tokyo Street’s famed Nakamise – a long row of quaint stores with wooden finishings, inspired by the famous Nakamise-dori Street in Japan. Or commemorate your trip to Tokyo Street with a snap by the precinct’s iconic Asakusa lanterns inspired by the Lantern of Kaminarimon (thunder gate) of Senso-ji Temple in Japan.

Shoppers who spend over RM200 through a combination of two receipts at Tokyo Street, or one receipt mall-wide, will be eligible to participate in a Lucky Draw contest and stand a chance to win more than RM160,000 worth of prizes from Isuzu, with the grand prize winner driving home a new Isuzu ride!

More on shopping? Read these:

Pandora Blings It On With New Pavilion Bukit Jalil Boutique!