“My little sweetheart, I didn’t get a chance to say goodbye”, Sim Yee Ling lamented at the loss of her daughter.

Ng Yuk Tim‘s mother, Sim will always remember her daughter as a modest, simple and caring person. In a heartfelt post on Facebook, Sim recalled that her daughter was a simple girl, one who could care less about dressing up or wearing make-up.

“I always felt that her skirt was too long and her hair too short. She always went out wearing double shirts and long pants. I always felt she doesn’t like to wear make-up.

Sim said that Ng was a caring girl, who kept advising her mother and family members to be careful and to drive safely.

When I go out, she is at home and reminds me to ‘be careful, be careful!’. When I send her to school, when she gets out of the car, she always says ‘drive carefully!’

“When her grandma goes out, she says ‘Grandma, be careful!’.

Sim also expressed how devastating it was to read  some of the comments posted about her daughter online.

“The things that people have been saying online about my daughter are horrible. Some are saying she deser­ved it because she went to see a guy on her own.

“My daughter had always been a good girl,” said Sim.

She said her daughter usually kept to her group of close friends from school, and had no idea that her daughter was going to meet the suspect alone.

“I’ve heard about him from my daughter, but yesterday (Tuesday) was my first time seeing him in person,” she said.

The 23-year-old suspect tried to cover his tracks by volunteering to help Sim find her daughter, and even distributed flyers around the city with her.

Ng’s grandfather, William Sim, said the family hoped that his granddaughter’s killer would be charged and sent to the gallows.

“We want this to end quickly so justice will be served for my granddaughter,” he said at the UMMC mortuary yesterday.

Ng Yuk Tim’s body was found in a green suitcase on Tuesday. The male suspect was said to be her friend, who sought her help with his Cosplay costume. He confessed that he tried to rape Ng before smacking her with a dumbbell, killing her instantly.

[UPDATE: 1 November 2013] The 23-year old friend of victim Ng Yuk Tim, Pooh Wai Hong, has been charged with murder under Section 302 of the Penal Code which carries a mandatory death sentence upon conviction. Poon was accused of murdering the 15-year-old girl at a house in Jalan PJU 1/4F, Kampung Cempaka in Kelana Jaya between 3pm and 4pm on Oct 21 and no bail was granted. 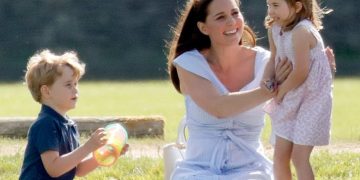