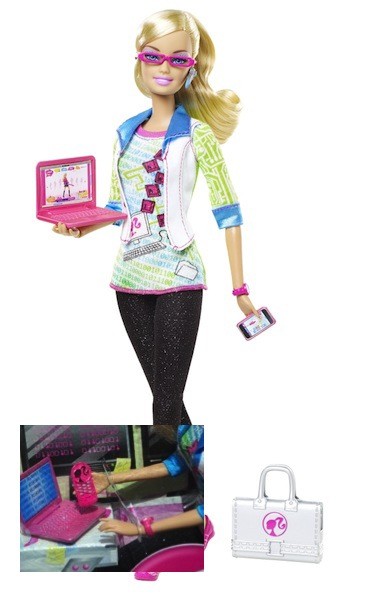 Look who’s that plastic doll and look at what she’s got in her hands. It looks like iPhone is more than just a phone that’s so popular just because it’s from Apple, iPhone is also a fashion statement and Computer Engineering Barbie is here to prove so. According to Engadget, she was last seen at the Toy Fair in New York City holding a Linux computer and a weird phone but the retail version of the doll has gotten an upgrade. She now not only holds an iPhone look-alike phone with pink casing, she also has her own pink laptop powered by her own Barbie operating system (it doesn’t actually operate of course).  Geek is in, I’m not quite sure about the pink overload though.