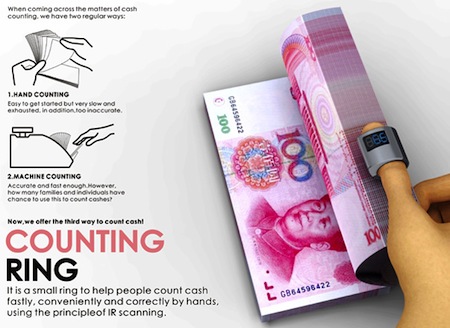 I’ve never had any problems counting my money before, I usually only have a few pieces of notes a time and can’t afford any more than that, even RM1 notes, but if you’re someone who deals with cash a lot, here’s a concept ring you might be dying for. Ever seen those money counting machines in banks? It’s a similar idea but instead of a big bulky machine that cannot be carried around, this ring is supposed to go around your thumb so as each piece of note gets flipped down, the ring will keep count. The LED display will show the number of sheets that went through. Very cool idea that could shave off precious time especially when you’re changing for cash at the bank before Chinese New Year so you can prepare all the money to distribute to people. 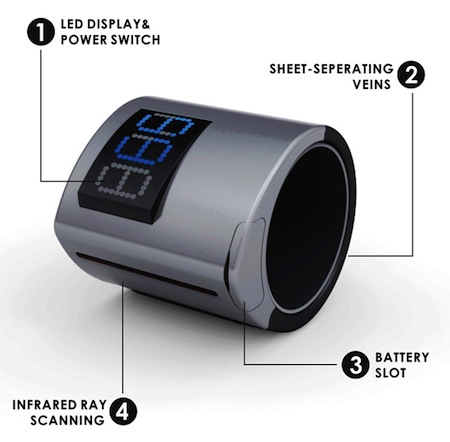 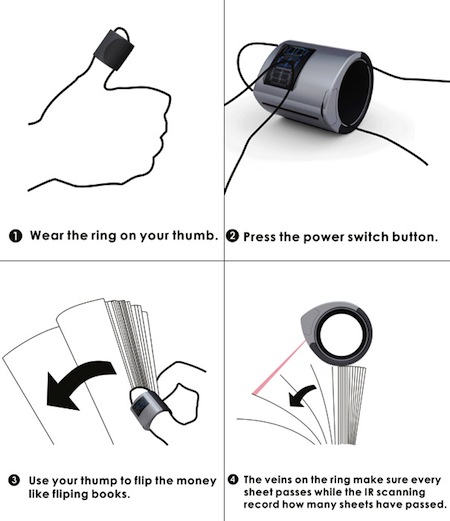 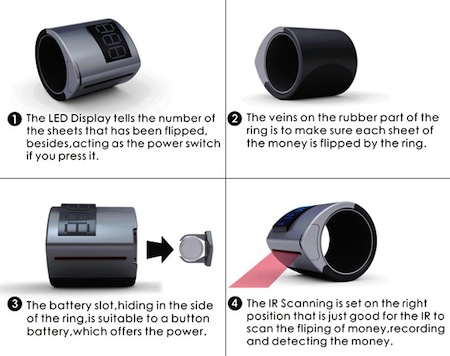