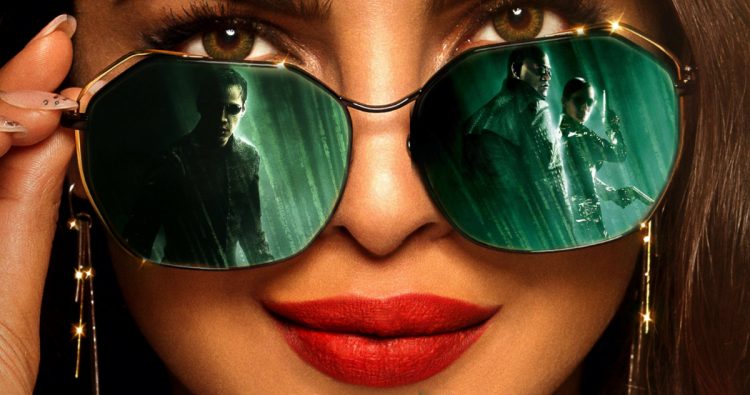 Yes, you heard that right! For those who has been waiting for a new sizzling on-screen duo to override the mundane year it has been thus far with the pandemic, here’s big news for you.  Bollywood diva and global megastar, Priyanka Chopra Jonas is all set to join the cast of ‘Matrix 4’ alongside Keanu Reeves. According to sources, the movie’s leading casts include Carrie-Anne Moss, Yahya Abdul-Mateen II and Neil Patrick Harris.

The productions of the movie has resumed in Berlin after a short hold back in March due to the COVID-19 pandemic. Luckily for them, the productions in San Francisco were successfully completed prior to the lock-down. The Warner Bros. and Village Roadshow film is being directed by series co-creator Lana Wachowski.

Reportedly, the cast members had to undergo training up to several weeks to perfect their action sequence to meet the movie’s expectancy.

Priyanka’s fans may need to wait a little longer for more disclosure on her role in the movie as no word has been going around regarding that yet. Meanwhile, fans will have aplenty of entertainment to anticipate as The Quantico actress has got her hands full with several upcoming projects. She recently announced her collaboration with Amazon Studios and has a big project landing her way, a docu-series with Netflix and another Bollywood movie in the pipeline.

Coming back to The Matrix, the first sequel was released in 1999 followed by two other parts which was released in 2003. Keanu Reeves starred in all the Matrix saga, which is influenced by martial arts. The critically acclaimed Matrix franchise has been well-received by audience thus far and have been hitting healthy numbers in the box office.

ShareTweetSend
No Result
View All Result