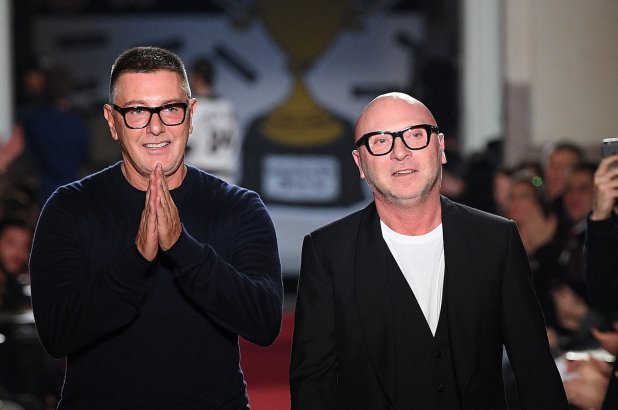 As long as there is fashion, there will be controversies, and the latest scandal making headlines involves Italian luxury fashion house Dolce & Gabbana. Oh, when will they ever learn??

Just recently, D&G got caught up in wildfire for racism, so much so that the brand’s multi-million dollar Shanghai show in which was scheduled for 21 November 2018 got cancelled by the Cultural Affairs Bureau of Shanghai.

Here’s how it all unfolded, which led to the cancellation of #DGTheGreatShow:

On November 17, D&G released a three-part campaign video on Instagram titled, “Eating with Chopsticks”. According to the founders, the three clips were meant to be a tribute to China. Evidently, it wasn’t long before the duo were accused of racism..

Supposedly intended to draw the appeal of more Chinese consumers, the “instructional” clips seemingly mock the Chinese culture and its tradition of using chopsticks. First of all, we don’t use chopsticks for everything. Also, no one is stupid enough to attempt to pick up a cannoli of that size with chopsticks. And the sexual “size” innuendos? Wow.

The obviously insulting campaign backfired horribly and the situation only worsened when a follower of Instagram fashion police Diet Prada DM’ed founder Stefano Gabbana to express her displeasure. Later on 21 November, D&G claimed that their Instagram accounts got hacked.

Our Instagram account has been hacked. So has the account of Stefano Gabbana. Our legal office is urgently investigating. We are very sorry for any distress caused by these unauthorized posts, comments and direct messages. We have nothing but respect for China and the people of China. Dolce & Gabbana 的官方Intragram 账号和 Stefano Gabbana 的 Instagram 账号被盗，我们已经立即通过法律途径解决。我们为这些不实言论给中国和中国人民造成的影响和伤害道歉。我们对中国和中国文化始终一贯的热爱与尊重。

At that point, no one believed them. According to Diet Prada, Stefano Gabbana even reposted the DM exchange (seen in the Instagram photo above) on his Instagram Stories before claiming he got hacked. This also angered multiple high-profile celebrities, actors and musicians, who then declared that they no longer want nothing to do with the brand.

The management of actress Zhang Ziyi released a statement declaring that the actress would not be attending the show and that neither she nor her team will be supporting the brand ever again. D&G’s longtime Asian ambassadors Wang Junkai and Dilraba Dilmurat also terminated their agreements with the brand. This followed with a full-on boycott.

As @dolcegabbana prepares to mount their next runway show in Shanghai this coming evening (7:30PM) and the rest of Instagram fawns over what’s sure to be an overly lavish “love letter” to China, we’ll be wondering if we’ll see chopsticks as hair ornaments, take-out boxes as purses, or even kimonos misappropriated as Chinese costume. Time will tell. For now, we’ll let y’all simmer on this DM between Stefano and Dieter @michaelatranova (chronology is reversed in slides). Word has it that they’re still in the process of model casting (over 200 Asian girls scheduled)…wouldn’t let them walk the show if we were their agents lol. Also, curious what the Chinese government will think of their country being called shit basically…especially considering how strict they are on who to allow to enter the country on work visas based on a thorough social media background checks. • #DGTheGreatShow #DGlovesChina #runway #fashionshow #cancelled #racism #dolceandgabbana #altamoda #rtw #dgmillennials #stefanogabbana #shanghai #chinese #china #wtf #dumb #lame #asianmodel #asian #dietprada

Needless to say, the authorities got word of the racist comments made by D&G and subsequently made the final call to cancel the show altogether whilst the conventional backstage chaos with models, hair and makeup was already in session. Yikes! Will they ever recover from this humiliating spectacle??

You saw it here first! What an interesting few hours spent wreaking havoc on @dolcegabbana ’s ill-fated #DGTheGreatShow while sitting on our couch juuling and eating gelato (not with chopsticks) lol. Thank you to @michaelatranova @helenatranova @anthxnyxo for sharing their DMs and to all the Chinese Dieters who furiously updated us with translations by the minute. For anyone that believes their account was actually hacked, see slide #2 of Stefano reposting the same DM on his stories before shit hit the fan. Oh the irony of him loving to cry “fake news” and promptly dishing it out himself via his and the brand IG account. Check our story highlight “#DGTheShitShow” for the full recap. • #DGTheGreatShow #DGlovesChina #runway #fashionshow #cancelled #racism #dolceandgabbana #altamoda #rtw #dgmillennials #stefanogabbana #shanghai #chinese #china #wtf #dumb #lame #asianmodel #asian #dietprada