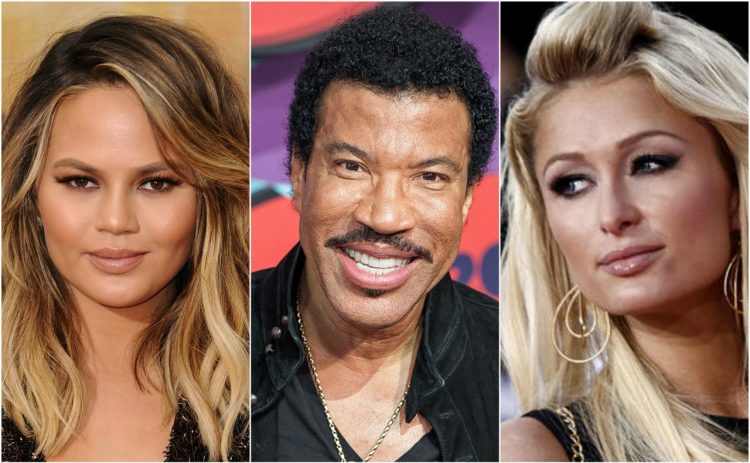 ICYMI, there are several wildfires happening in South California and it’s been forcing thousands of residents out of their homes.

It’s gotten so big that the Skirball Fire located near Bel Air has caused several celebrities to pack their bags and seek shelter elsewhere. Notable stars like Paris Hilton, Lionel Richie, Chrissy Teigen and more took to Twitter, stating that they’ve decided to leave their homes while firefighters continue to battle the flames. Lionel Richie even had to cancel one of his shows to make sure his family safely evacuated.

Due to the devastating California Wildfires, and helping family evacuate to a safer place, I unfortunately have to cancel my show tonight. I look forward to returning to the stage this weekend and performing for my fans… https://t.co/tRMXiPOqUp

“Due to the devastating California Wildfires, and helping family evacuate to a safer place, I unfortunately have to cancel my show tonight. I look forward to returning to the stage this weekend and performing for my fans.” he wrote.

Paris Hilton also included a viral video that showed the flames burning early in the morning on the 405 freeway in Los Angeles.
Lea Michele chose not to take any chances and packed her bags early this morning. “Praying for everyone in LA…grabbed what I loved most this morning and so grateful to my friends for taking us in..” she wrote on social media.

This wild fire in LA is terrifying!😭 My house is now being evacuated to get all of my pets out of there safely. Thank you to all the firefighters who are risking their lives to save ours. You are true heroes! 🙏 pic.twitter.com/6uYBUh1pjV

Chrissy Teigen in pure Chrissy Teigen fashion cracked a joke, relating the fires to one of those “What Would You Grab First In A Fire”. She hasn’t mentioned John but we’re sure he’s fine.

never thought I’d get to actually play what I thought was a hypothetical game of what would you grab if there were a fire. so far all I have is Luna, some limited edition Oreos and my spike tv award

Jokes aside, the wildfires in South California are really scary. I mean, just check out these photos of the wildfires! It looks like something out of a movie.

The things from our nightmares. This wildfire is devastating LA. People’s entire lives, homes, museums, animal enclosures…😔🙏🏼 Growing by the hour. pic.twitter.com/3EjL4GomDX

Here’s to hoping that the wildfires would die down and everyone gets to return safely home soon.
[Source]