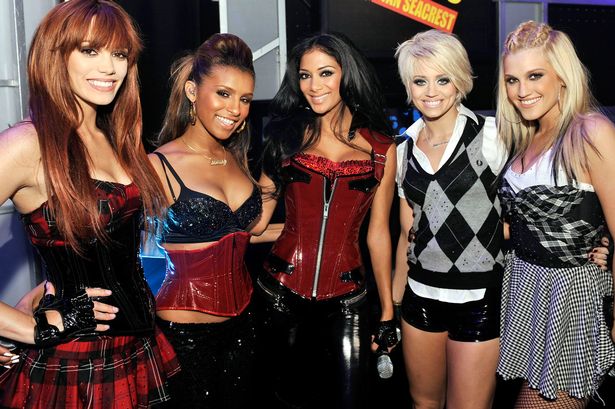 Everybody remembers the Pussycat Dolls, but nobody quite knew what went on behind the scenes with the famous girl group. Recently, Kaya Jones (former Pussycat Dolls member) has taken to Twitter to allege that the members of her girl group were a part of a “prostitution ring.”

“My truth. I wasn’t in a girl group. I was in a prostitution ring. Oh & we happened to sing & be famous. While everyone who owned us made the $,” she wrote to her fans. “How bad was it? People ask—bad enough that I walked away from my dreams, my bandmates & a 13 million dollar record deal. We knew we were going to be #1.”

To be apart of the team you must be a team player.Meaning sleep with whoever they say.If you dont they have nothing on you to leverage

Jones also called out the “den mother” of the group without naming names, writing, “I want the den mother from hell to confess why another 1 of her girl group girls committed suicide? Tell the public how you mentally broke us.” Kaya also mentioned how the Pussycat Dolls had to sleep with whoever they were told to sleep with in this Twitter post:

To be apart of the team you must be a team player.Meaning sleep with whoever they say.If you dont they have nothing on you to leverage

Twitter followers immediately assumes that Jones was talking about singer Simone Battle, who committed suicide in September, 2014. There has been no confirmation that Jones was speaking about Battle. Jones continued, “Yes I said leverage. Meaning after they turn you out or get you hooked on drugs they use it against you. Correct. Victimizing the victim again.”

The former member of the Pussycat Dolls added, “That’s why I have so much respect for our military. I’ve been through way. But my scars you can’t see. At least real war is honest. Why don’t we report it? Because we were all abused! I personally have been warned if I tell I will…you know end up dead or no more career.”

In 2012, Jones also spoke about Nicole Scherzinger to TMZ, saying, “Nicole was always someone who wanted to be in the spotlight and would do pretty much anything to get it.” Jones also said that a lot more was going on behind the scenes, although she did not detail any actions at the time.

So far, neither Nicole Scherzinger or a rep for the Pussycat Dolls have commented on Kaya Jones’ tweets.