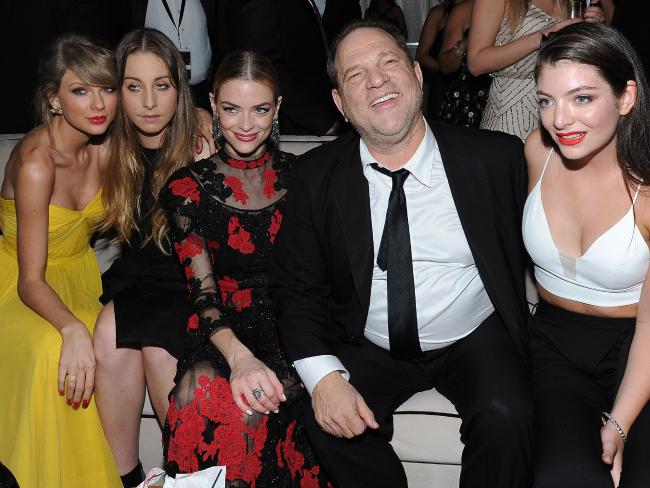 Following sexual harrasment reports, Harvey Weinstein’s name will reportedly be pulled from the credits of every TV series he’s produced at his former film production company, The Weinstein Company. News of this comes just a few days after Weinstein, the company’s namesake and cofounder, was fired.

Deadline also reports that movie releases are expected to undergo the same change, while the company is reportedly in talks to change its name.

This decision is the latest in a string of rapid-fire decisions made by The Weinstein Company in the fallout resulting from a New York Times expose published last Thursday about Harvey Weinstein sexually harassing women in the industry for decades. The report revealed multiple women, including actresses Rose McGowan and Ashley Judd, accused Weinstein of sexual harassment, and he had reached at least 8 different settlements with various women.

Shortly after the story broke, Weinstein announced that he would be taking an indefinite leave of absence, while a third of the company’s all-male board members resigned on Friday. On Saturday, Lisa Bloom, one of Weinstein’s attorneys, resigned, and on Sunday, news broke that the the former film producer was fired from his eponymous company.

Dear most of Hollywood, this is happening. You cannot sweep this under the rug. Support vocally or you will forever have an * in history. pic.twitter.com/o8dBZ59WFf

News of the credits removal coincides with statements from celebrities who had worked with Weinstein in the past. On Monday, Meryl Streep released a statement calling out his behavior as “inexcusable,” and the women who had come forward as “brave.” Dame Judi Dench also called the news “horrifying,” claiming that she had no knowledge of the alleged sexual harassment and offered her “sympathy to those who have suffered,” according to Newsweek.

Meanwhile, Charmed star Rose McGowan expressed that efforts by The Weinstein Company to address the allegations have been insufficient, calling for the resignation of the entire company’s board saying, “The men of Hollywood need to know they own no woman.” Designer Donna Karan on the other hand defended Harvey Weinstein by saying that the women involved “may have been asking for it” – obviously this didn’t sit well with Rose.

Donna Karan you are a DEPLORABLE Aiding and abetting is a moral crime. You are scum in a fancy dress pic.twitter.com/Vze7lnpdvj

We’re not sure if this issue will go away as quietly as TWC hopes, but we’ll be keeping a look out for more updates. Until then, if you are or have been in a position where you feel sexually harassed, I would like to remind you that you’ll be doing all of us a favour by speaking up.