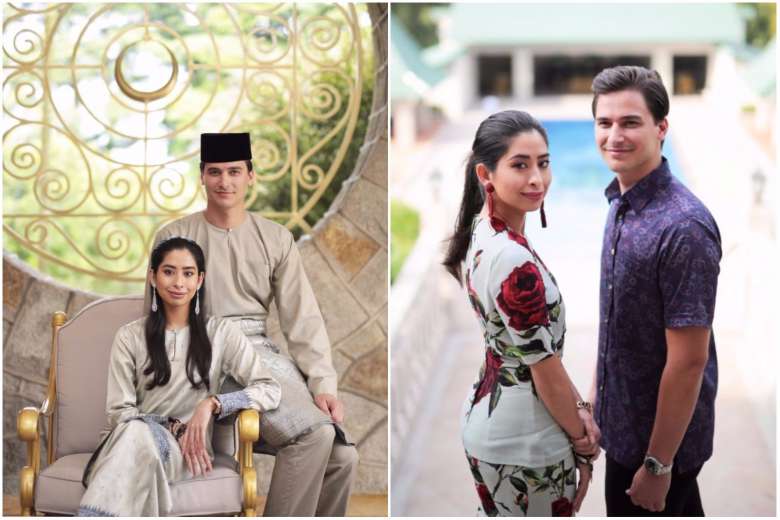 The first official photographs of the Johor Princess Tunku Tun Aminah Maimunah Iskandariah Sultan Ibrahim and her husband-to-be, Dutchman Dennis Muhammad Abdullah, have been released and they are gorgeous!

One of the photos released by the Johor Royal Press Office on Saturday (July 22), show the couple looking regal in matching grey traditional Malay outfits at the Istana Bukit Serene in Johor Bahru.

In another photo, the pair are seen in casual wear, with the princess clad in a gorgeous floral red and white dress while her beau looked dashing in a collared purple shirt. New Straits Times were the first to report that the photos were taken last week.

Tunku Aminah, 31, is the second of six siblings, and the only daughter of the Sultan of Johor, Sultan Ibrahim Sultan Iskandar, and his queen, Permaisuri Johor Raja Zarith Sofiah Sultan Idris Shah. She is also the President of the Johor Darul Ta’zim (JDT) Football Club, owned by her brother, Tunku Ismail Sultan Ibrahim.

Dennis, 28, was born as Dennis Verbaas in Lisse, a town near Amsterdam. He was a semi-professional footballer and a former marketing manager of Singapore’s Tampines Rovers Football Club. He also previously served as manager of the JDT Concept Store and Cafe.

The couple’s wedding ceremony will be held at 10am on Aug 14 at Istana Bukit Serene, followed by the solemnisation ceremony. Until then, we dare you to not swoon over these photos of the couple of the year 😍