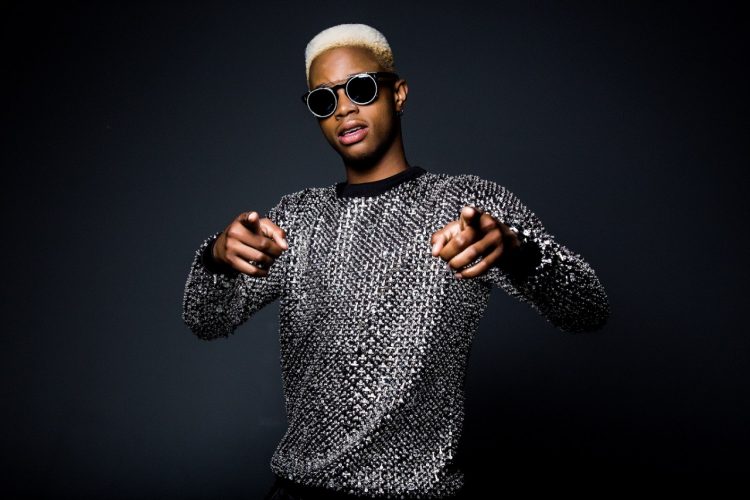 Unless you have purposely attempted to mute everything around you, chances are you have heard and even sung along to “Watch Me (Whip/Nae Nae)” and may have even tried to hit the whip once or twice when nobody is looking. That iconic hit is by none other than teenage newcomer Ricky Lamar Hawk aka Silentó, whose name actually means “less talk, more action.”

Despite being signed to a major record label at age 16 and travelling the world to perform, aside from having celebrities and politicians alike dancing to his song, Silentó stays humble. He also only gets an allowance from his parents to avoid overspending. He says his dreams are big, so it takes discipline — and graduating high school was one of those crucial choices.

Silentó’s debut single “Watch Me (Whip/Nae Nae)”, made with Bolo Da Producer, gained over 670 million views on Youtube after only six months, nearly as successful as Psy’s hit song “Gangnam Style”, the first ever YouTube video to reach one billion views.

For the first time ever, the young rapper will set foot in Kuala Lumpur to perform at AmMet Life Electric Run Recharged this July, and we were highly lucky to be able to ring him up for a chatter. Read on below:

Q: Where did you grow up?

A: I used to play the trombone, but now I mainly play the acoustics.

Q: Musically, who are your biggest influences? Any favourite musicians?

A: My biggest influences would be Michael Jackson, Marvin Gaye, and James Brown, while my favourite musicians are Justin Bieber, Usher, Chris Brown, Ne-yo, Lil Wayne, Robin Thicke, Lorde, Justin Timberlake and Gorillaz. It goes from pop-rhythmic, to hip hop, rock and RnB. I have favourite artists from every genre.

Q: How would you describe your own style?

A: My old style was domestic, my new style is international.

A: I was known in school for rapping catchy words and phrases and would do this everyday. One day, I started rapping, “watch me whip, watch me nae nae,” over and over and that was something people seemed to be a fan of. So I took it to Instagram to see what kind of feedback I would get.

I did it without any music, just a capella and put it on Instagram. I got a whole bunch of comments, girls were just commenting and tagging other people. I’m like, “Okay, 200-300 comments, it’s time to make that a song,” because that’s automatically support.

Q: How are you different from other artistes?

A: I came in all natural, without knowing anything; just moving off from ideas and God’s blessing. I can connect with a lot of people at one time – I can make a whole family dance, I can make a newborn smile. And with this, it always comes with having teamwork. I’m glad I have a good team with me.

Q: What’s one favourite track on your playlist right now?

A: Lil Uzi Vert – XO TOUR Llif3 (Produced By TM88). I also love my new songs which you are going to hear LIVE at Electric Run Recharged next month.

A: I’d like to keep it personal. But I can tell you that I love spending time with my friends and family, as they’re the ones who motivate me.

Q: What have you been up to recently?

A: Recently, I have been travelling around Germany, the Middle east, UK, Dubai, Kazakhstan, and I’ve been working on my EP, which I’m going to unveil at Electric Run Recharged. I also have my Emoji shoes — Silento Emoji, which you can buy at Vlado Footwear. I also just signed a deal with CAA (Creative Artists Agency), so you can expect great things coming your way.

@electricrunmy is back to brighten up the city on 29 July with hip hop sensation @princesilento, @defamofficial & more! Let's get glowin' 🎉

Q: Do you feel pressured to create something as successful as “Watch Me (Whip/Nae Nae)”?

A: I always feel pressured.

A: I wanna give a shout out to my fans in Malaysia. Those who have been supporting me since I was 17 but never knew me in person, I really appreciate ya’ll. I want to thank America for holding me down, shout out to God, my family, my aunt, my team and especially Electric Run, for letting me see ya’ll this July. Also, I’m planning to bring a couple of gifts for my fans, so be prepared! The 2017 AmMetLife Electric Run Recharged will be held on July 29 in Putrajaya at Anjung Floria, Precinct 4. For more details, access here or watch the 2016 aftermovie here.