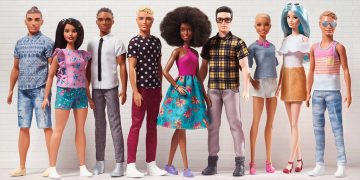 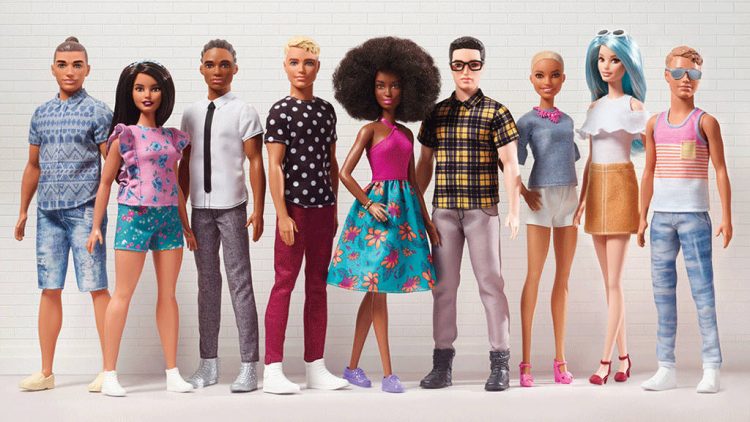 Barbie ditched the stick-thin frame and unrealistic body standards in 2016, and it seems like Mattel is finally giving Barbie’s main man, the Ken doll, a long-awaited makeover as well.

The newly relaunched 2017 Ken dolls feature looks that are nothing like the 1961 American classic doll with chiseled abs and slicked-back hair.

There are now 15 boy toys to choose from, with different hairstyles, skin tones, body types, and outfits. And oh, the new Ken dolls also come with plastic hair, so he won’t be nicking Barbie’s hair ties any time soon.

That said, there is one Ken doll hairstyle that has got Twitter rolling – the trendy man bun, or messy topknot that, frankly, looks a little douchey, even on a freakin’ doll. Next Gen Ken indeed..

Anyway, the new Ken dolls are now available on Barbie.com.

Man Bun Ken comes with an acoustic guitar, a pack of cigarettes, and a book of love poems.

Barbie’s bff, Ken, now comes with a man bun or cornrows. You go with your bad self, Kenny.

New Ken doll has a man-bun. Climbing back into bed. pic.twitter.com/AiuPUxS7hM

New Man-Bun Ken comes with all your favorite accessories. Yoga mat, glass of kombucha, and an emotional support dog! pic.twitter.com/cK7BJDbztz

The new “Man Bun” Ken doll comes with shirt, shoes, and keys to Barbie’s car that he’s driving until he “gets back on his feet again.” pic.twitter.com/gYmXwR9WEc