Which Taylor Swift Squad Members Did Ed Sheeran Hook Up With? 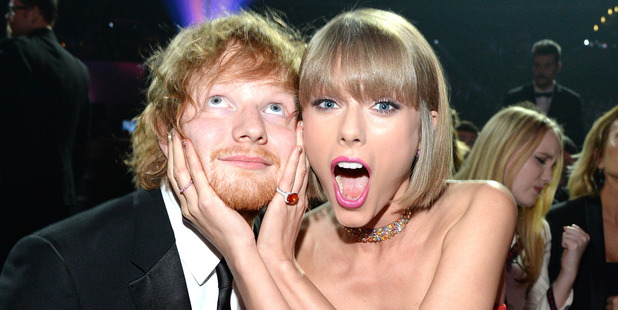 Tay Tay may have put Ed Sheeran in the friend-zone from day one, but some members of her famous girl squad obviously feel differently. The Shape Of You singer got very candid in an interview, revealing he hooked up with some of Taylor Swift’s friends after the pair began touring together a few years ago.

“Taylor’s world is celebrity,” says the 26-year-old singer. “I was this 22-year-old awkward British kid going on tour with the biggest artist in America, who has all these famous mates. It was very easy, I would often find myself in situations just kind of waking up and looking over and being like, ‘How the f**k did that happen?’”

It’s been widely speculated one such former flame was Ellie Goulding, who was reportedly the inspiration for Don’t, his breakup song about a fellow pop star who he discovers has had sex with a friend (Niall Horan) staying on the same hotel floor.

Goulding responded with her hit single On My Mind, which features the brutal lyrics: “You wanted my heart but I just liked your tattoos.” Taylor’s inner circle include star babes such as Lorde, Selena Gomez, Lena Dunham, Martha Hunt, Kendall Jenner, Karlie Kloss, Hailee Steinfeld, Gigi Hadid and Cara Delevingne.

“She would be there if everything ended for me. Taylor is kind of an anomaly in that sense.” He added, “She’s omnipresent because she’s the most famous woman in the world, so she can’t make the decision to not be in the press. I always stick up for Taylor.”