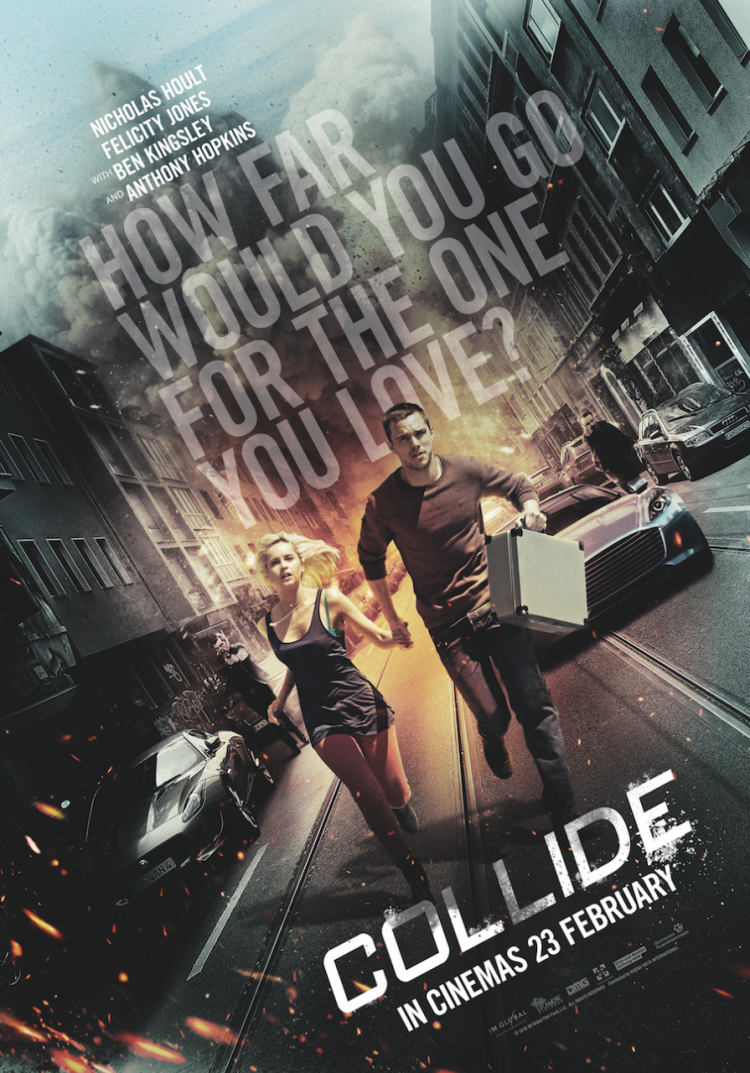 Directed by Eran Creevy and starring Nicholas Hoult as well as Felicity Jones as the main cast, Collide depicts a tale about a young American backpacker in Germany named Casey (Hoult) who falls in love with a fellow American, Juliette (Jones), while travelling through Europe.

Juliette unexpectedly gets diagnosed with a fatal disease and in order to pay for her medical treatment, Casey steals from notorious German gangster Hagen. Although his heist doesn’t go as planned, Casey manages to escape Hagen’s men, steal one of his cars and flee onto the autobahn (the German federal controlled-access highway system).

Pursued across the country, Casey fights hard to save his own life and get to Juliette before Hagen’s men get to her first. Other cast in Collide include Marwan Kenzari, Ben Kingsley, Anthony Hopkins and more. Collide drops in cinemas across Malaysia on 23 February 2017, and we’ve got 20 pairs of passes to be given away for the premiere a day ahead of public release!

Here are the screening details you need:

To win yourself some movie passes (1 pair per winner), simply fill in the form below and be patient as we get back to you: