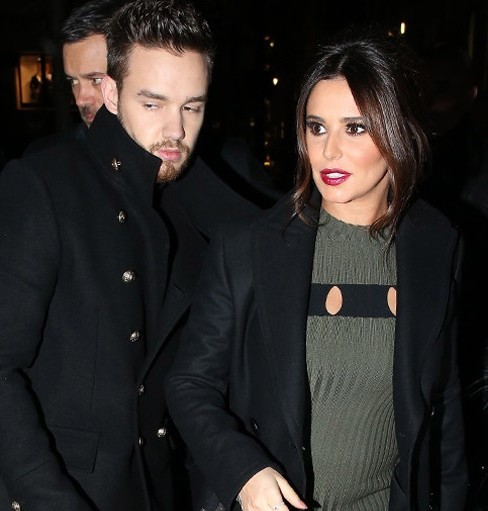 It looks like another One Direction baby is on the way!

After months of speculation, new photos have emerged of Liam Payne’s girlfriend, Cheryl Cole, sporting an undeniable baby bump. Liam and Cheryl stepped out hand-in-hand Tuesday evening at the St James Christmas Carol Concert in London, and in her figure-hugging dress, it was hard to deny the presence of the soon-to-be baby Payne-Cole.

A source tells E! News that Cheryl is indeed expecting and is currently in her second trimester.

The pair began dating in February. The One Directioner met Cole while auditioning on the U.K.’s The X Factor when he was 14 and she was a judge on the show. He performed with his band-mates again before Cole on the show when he was 16 in 2010, before winning and becoming a global phenomenon with One Direction.

This will be the first child for Payne and Cole. The Girls Aloud songstress, 33, was previously married to pro soccer player Ashley Cole and Jean-Bernard Fernandez-Versini, whom she recently divorced.

Rumors that the pair were becoming parents sparked in September, when Cole’s mother was spotted purchasing pregnancy products. Since then, Cheryl’s recent maternity-inspired wardrobe (over sized everything and sweater dresses) has caught the attention of many.

Despite both Liam and Cheryl keeping their lips sealed, Cheryl’s former Girls Aloud band-mate, Kimberly Walsh, told the Sunday People, “She’s really happy right now. And she’ll be a brilliant mum. She has loads of nieces and nephews, so she’s used to the madness of children.”

Looking at these two, you already know that’s going to be one good looking baby. Congratulations to the parents to be!