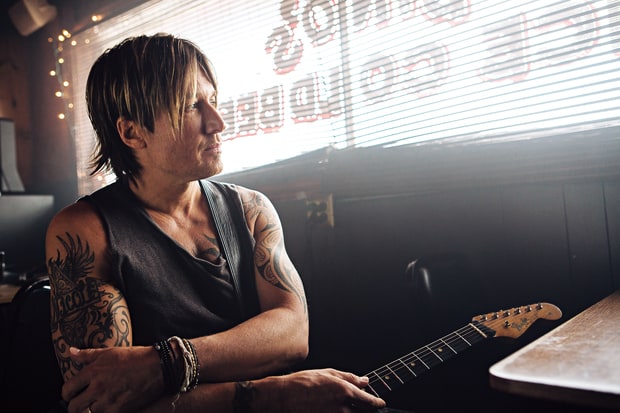 During the height of his addiction to crack cocaine, Keith Urban, was reported to have smoke the drug in his dealer’s bathroom.

For 7 years from 1994, former drug dealer David Dobson supplied drugs to the country music singer. In an interview with Womans Day last week, David claimed that Keith was so addicted to crack that he would do things the dealer was “totally against”.

While David believes that there is only so long the country music scene can stay clean, he does acknowledge that Keith’s marriage to Nicole Kidman has been his saving grace. “She’s doing something to be keeping those demons off him,” he was reported to have said. “I just don’t know if it’ll last.”

Contrary to Dobson’s statements, the couple has battled their share of Keith’s drug demons. Only a few months after their magical fairytale wedding in 2006, Keith was readmitted to rehab after suffering from a relapse.

When asked by People last week on what advice Nicole would give others going through what she went through, she adviced loved ones of an addict “to get help. To put your hand up, to reach out. There is absolutely help out there. You can’t save somebody, they’ve got to save themselves.”

Nicole also said that the lesson “is a very big thing for people like me who go, ‘I can take care of you. I can do it.’” She realised shortly after that she wouldn’t be able to do it all by herself and “at some point, you just have to say, ‘I love you and I’m here when you decide to do the work. If you don’t, then that’s it.’” the 49-year-old told People magazine.

Keith, 49, opened up about his drug use to Rolling Stone magazine in June, telling the magazine that he first experimented with freebased cocaine (a purer form of crack cocaine) during the 1990s after being offered a smoke by his roommate. “And then one day he offered me this massive pipe,” he told Rolling Stone. “I’d never had it, it looked good, so I took it. Things didn’t immediately go pear-shaped, but that was the beginning of it.”

So far, Keith hasn’t commented on his alleged former dealer’s statement. However, we do hope that he’s in a much better place, especially considering that Keith and Nicole are sort of on the outs , as of late.