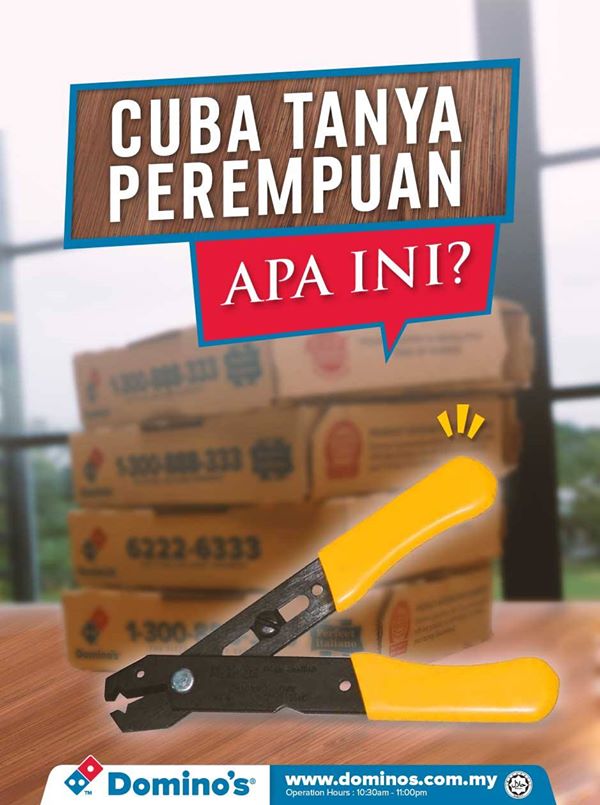 November 19th was International Men’s Day, and as part of a marketing initiative, Domino’s Pizza Malaysia posted a banner ad on Facebook that was downright sexist, angering netizens all over the country.

The controversial banner displays a photo of a wire cutter against a background of Domino’s Pizza boxes and is headlined in Malay, “Cuba tanya perempuan apa ini?” It literally translates to, “Try asking women what this is.”

The misogynistic ad straight up belittles the value of women, and orchestrates the fact that women are too ignorant to be able to use handymen tools, let alone identify them correctly.

Netizens were quick to pick up on the drama, and surprisingly, Domino’s Pizza has yet to respond to any of the enraged comments.

One Facebook user who goes by the name of Shyam Priah even went as far as to inserting a photo of her tool wall in her comment to clap back at Domino’s Pizza for the ad.

Here are some other comments by other Facebook users:

Umm.. What was the marketing team at Domino’s Pizza thinking?! It’s not going to be easy to get out of this one..