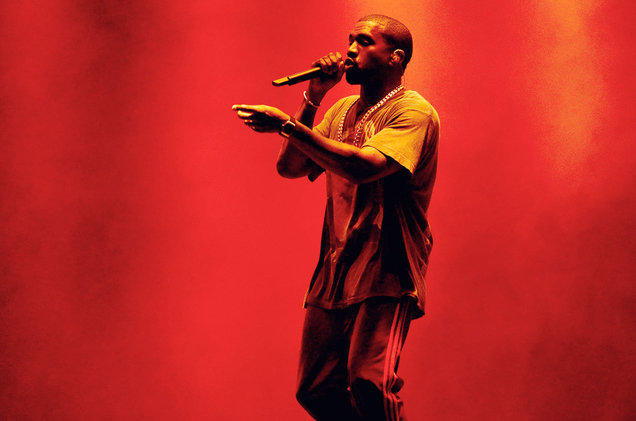 It’s only Monday and Kanye’s already making headlines in Hollywood.

Fans of Kanye West were left feeling angry and confused after the rapper ranted about Beyoncé, JayZ and the election result at this latest concert, before abruptly closing the show down.

The outspoken rapper left more than 13,000 fans angry and stunned when he ended his Sacramento show in California, Saturday night, after about 30 minutes of ranting against the power couple.

Kanye and the power couple are known to often spend time with each other and has collaborated with the two over the years. During his rant at the Golden 1 Center, he accused Bey of refusing to perform at the 2016 MTV Video Music Awards this past August unless her “Formation” video beats him and Drake for Video of the Year, which it ceremoniously did.

As for Jay Z, Kanye kinda pleaded him to call him up. So far, neither he nor Beyoncé have commented.

“Beyoncé, I was hurt cos heard that you said you wouldn’t perform unless you won Video of the Year over me and over ‘Hotline Bling,'” Kanye told the crowd.

Watch Kanye’s rant below, as seen in a video filmed by a fan. (Warning: Contains explicit language):

“In my opinion, now don’t go trying to diss Beyoncé,” Kanye continued. “She is great. Taylor Swift is great.”

The rapper and Taylor Swift have a feud that began in 2009 when he interrupted her acceptance speech at the MTV VMAs to say Beyoncé should’ve won.

Tensions between them rose earlier this year after the release of his track Famous, in which he raps that he made Swift, dubbed as”that b*tch,” famous.” Kanye later said he did not “diss” the singer as alleged, and that he had spoken to her about the lyric. She denies this.

“Get ready to have a field day, press, because the show’s over,” he said, drawing boos.

Many fans also began chanting “F–k Kanye!” as they exited the concert arena.

You literally cannot say that man cares about his fans. He cares about dollar signs, and attention, that is all Kanye West is, nothing more.

“I’ve been a fan since 2004 and all we get is two songs?” concertgoer Keith Jougenatos told The Sacramento Bee. “I’m done being a fan.”

BREAKING: Kanye West has cancelled his make-up concert he promised his fans at the Forum in Los Angeles, just three hours before the show was set to start. The show was cancelled due to West’s “vocal issues”.

“My voice is so hoarse,” Kanye told the crowd. “I can’t finish the show…I can’t let y’all have a show where I can’t perform for you.”

He added, “I’m very sorry. I love you. I’ll give everyone a refund. I’ll do better next time.”

Update: The remainder of Kanye’s Saint Pablo tour is officially cancelled. Processing of refunds will follow suit from the organiser.