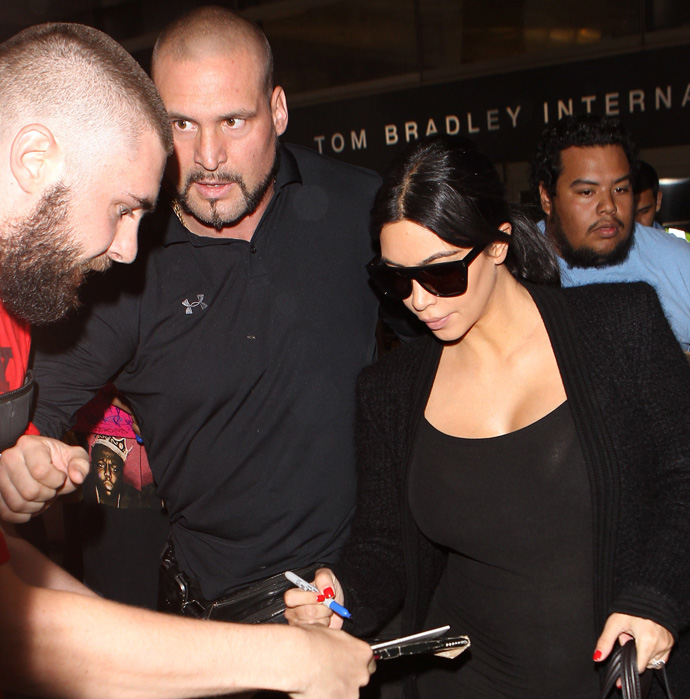 Just a month after Kim Kardashian was robbed at gunpoint in an apartment in Paris, the reality TV star has reportedly fired her longtime bodyguard, Pascal Duvier.

According to Entertainment Tonight, the famous couple made the ‘tough decision’ to fire Pascal, four years after he began working with the family. An insider tip said that “the decision wasn’t personal but rather a complete overhauling of security after the Paris incident.”

It comes one month after Kim, 36, was robbed at gunpoint by a group of men inside her luxurious Paris apartment. It’s believed around $14.3 million in jewellery was taken during the terrifying robbery. The star was alone in her bedroom at the time, while Pascal was out protecting Kim’s sisters, Kourtney and Kendall, at a Paris nightclub.

During the aftermath of the attack, the couple appeared to show support for their longtime employee. It is also understood that Kim does not blame Pascal for the incident. However, it is understood that the stars had since been rethinking their entire security outfit, and eventually decided they would need to let him go.

“Kim and Kanye are reassessing their security detail now. Kanye is freaking out, this really threw him for a loop,” a source told Entertainment Tonight. “There will be a lot of things that will change now in terms of security, especially with the children (North,3, and Saint, 11 months).”

Meanwhile, Kim is now slowly inching her way back into the public sphere after taking a long break from social media. She attended Kendall’s 21st birthday party this week, and has reportedly booked her first official appearance since the robbery — a makeup masterclass event in Dubai on January 13th.