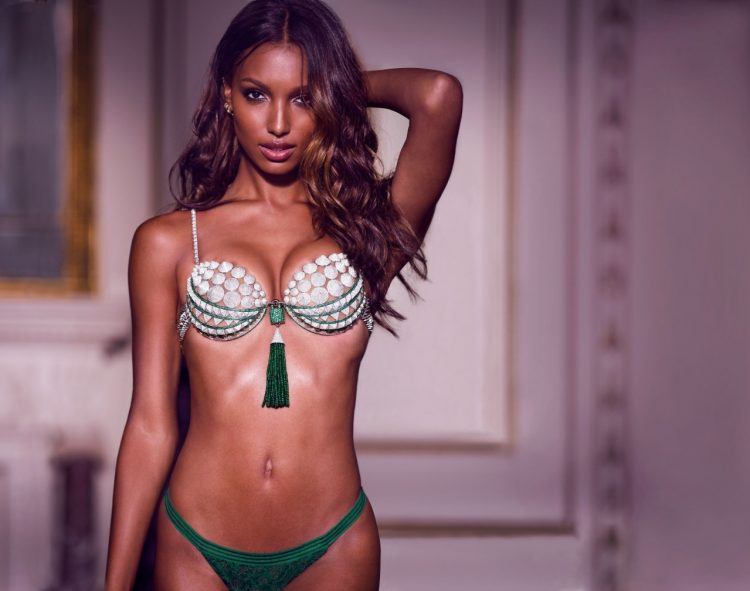 Each year, Victoria’s Secret picks a lucky Angel to debut the valuable Fantasy Bra at the VS Fashion Show and Jasmine Tookes has been chosen for 2016.

Containing 450 carat of 9,000 precious gemstones, this year’s edition, the “Bright Night Fantasy Bra” is worth $3 million and required more than 700 hours to complete.

Watch Jasmine Tookes’ amazing reaction as Victoria’s Secret broke the news to her:

Fantasy Bra aside, Bella Hadid will be joining her sister Gigi Hadid‘s footsteps in becoming a Victoria’s Secret Angel! A member of Hadid’s glam squad, Vincent, posted a photo of Bella in nothing but undergarments, congratulating her on getting the gig and continuing her quest of “#worlddomination.”

Congrats my little baby bells on getting @victoriassecret ! It's been a beautiful ride so far and I can't wait to see what's next! ❤️ #proud #blessed #worlddomination @diormakeup

Although Bella herself hasn’t announced it, people around her couldn’t seem to leave it unnoticed. Loving sister and fellow VS Angel, Gigi Hadid also shared a tweet whereby she referred to Bella as an ‘angel’.

Oh, this year’s much anticipated fashion show will have a new home–it’s going down in Paris! 😉

GET EXCITED. @ladygaga, @BrunoMars, @theweeknd will perform at the 2016 #VSFashionShow! pic.twitter.com/28jebSEWK9

Victoria’s Secret sure loves a fabulous lineup of stars. Joining the beautiful angels on stage–Bruno Mars and Lady GaGa have been tapped to perform at this year’s Victoria’s Secret Fashion Show as the musical guests. Also, looks like The Weeknd will have the opportunity to rock the stage alongside girlfriend, Bella Hadid while she makes her first VSFS debut.

Will they be performing their newly released music? Of course they would. We can’t wait to hear GaGa belt out Perfect Illusion, Bruno get down to 24K Magic, and The Weeknd to perform our favourite hit, Starboy!

Meanwhile, the lingerie brand has released a series of promotional photos of 24-year-old Angel wearing its $3 million Bright Night Fantasy Bra on Wednesday and looks like the images are raw. These photos were untouched, revealing Jasmine’s fine lines of stretch marks on her torso. (Click on the images to enlarge)

The Victoria’s Secret Fashion Show has always been a “go big or go home” event, but this year they really outdid themselves and made all our VS dreams come true.