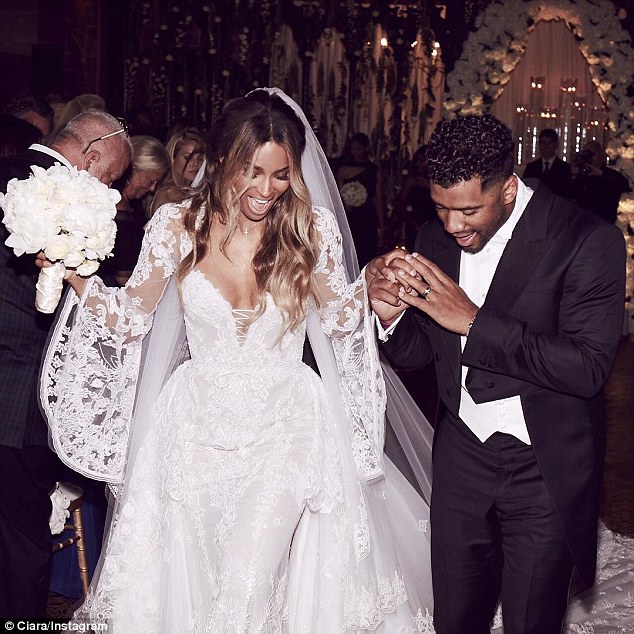 After 3 months of wedded bliss, Ciara is expecting a baby with husband, Russell Wilson.

The songstress announced the happy news on Instagram while celebrating her 31st birthday on Tuesday, where she shared a photo on Instagram of Russell tenderly rubbing her stomach as they cuddled together.

On this special Birthday I received an abundance of love from friends and family.. and I'm excited to Finally share one of the Greatest Gifts of All that God could give… 👶🏽🍼💃🏽☺️❤️

“On this special Birthday I received an abundance of love from friends and family.. and I’m excited to Finally share one of the Greatest Gifts of All that God could give,” she wrote. Russell shared the same photo with and captioning it with “The Greatest Blessing of All. Forever Grateful. #BabyWilsonOnTheWay.”

This will be the second pregnancy for Ciara. The “Like A Boy” hit-maker was previously engaged to rapper Future from October 2013 to August 2014. The pair share a two-year-old son named Future Zahir Wilburn.

Ciara and the Seattle Seahawks quarterback, 27, remained abstinent until they were married in England on July 6 this year after a year of dating. The singer stimulated pregnancy rumours earlier this month after repeatedly stepping out in baggy clothing and peplum tops.

Though Ciara is already a mom of Future Jr., 2, who she shares with ex-fiancé and rapper, Future, this will be the first child for Wilson. Congratulations to the Wilsons!