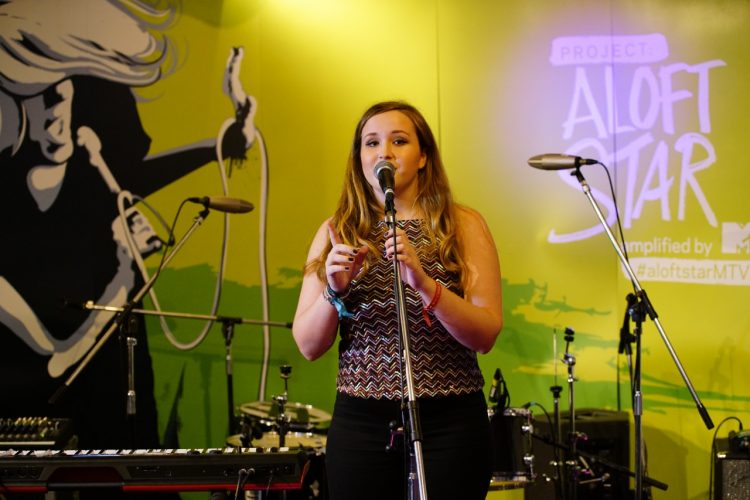 One notable brand under the recently merged Starwood and Marriott that evidently speaks out to us as young travellers is Aloft, often referred to as “A Vision of W Hotels”. This trendy lifestyle boutique hotel chain boasts a vivacious and contemporary spirit that is prominently expressed through the brand’s unambiguous style-centric identity that appeals to the next generation of holidaymakers. With that said, Aloft progressively thrives in its core passion points, namely music, design and technology, to further strengthen and advocate its distinct brand DNA. The possibilities are endless when it comes to spotlighting music and Aloft has definitely executed that bit well. More than anything, Aloft holds the ambition to support aspirations and dreams of up and coming artists or talents so they can potentially make a break.

For the third year running, Aloft’s talent search competition Project Aloft Star, amplified by MTV, has been doing just that – shining light on emerging talent across the world. Four regional finals – Southeast Asia (Malaysia, Singapore and Thailand), Greater China (Hong Kong, China, Macau and Taiwan), South Korea and India – were held across Asia for Project Aloft Star 2016 just recently, and we got to be a part of its Southeast Asian leg. More than 500 original song entries were submitted and over 600,000 online votes were cast before the 15 finalists got shortlisted. The array of genres and music styles varied tremendously and it was an eye-opening affair as we witnessed the five Southeast Asian finalists compete. They were Marion Carmel + Breakfast at One (Singapore), Monalyssa (Malaysia), Soph Retief (Singapore), Girlfriend for Rent (Thailand), and SIR (Safwan Idham Ramlan) (Malaysia).

Held at the swanky Aloft Bangkok Sukhumvit 11 hotel, a panel of five judges comprising representatives from Aloft, MTV, and music industry experts carefully deliberated based on originality and creativity, music composition and song-writing skills, international appeal, technical skill, showmanship, stage presence and not forgetting ‘wow’ factor. To be completely honest, we were taken aback by how different the finalists were and what they had brought to the table. Whether it be captivating lyrics, beguiling tunes, or commendable stage presence full of zeal, all finalists were deserving of a spot on that stage and each showcased indisputable charisma. At the end, Soph Retief, whom the judges pointed out is comparable to the great Adele, walked away with a cash prize of US$10,000 for her compelling original “Guys Like You”. She will also be part of the MTV Seen videos (airing from 21 Oct 2016) and profiled in a winner vignette here.

The winners for Project Aloft Star 2016 include Soph Retief for Southeast Asia (Malaysia, Singapore, and Thailand), Wang Dazhi (a.k.a. Big Tattoo) for Greater China (China, Hong Kong, Macau, and Taiwan), Brown Whale for South Korea, and After Acoustics for India.