From Sweden To LA: ‘Everywhere’ Is Our New Favourite Indie Band 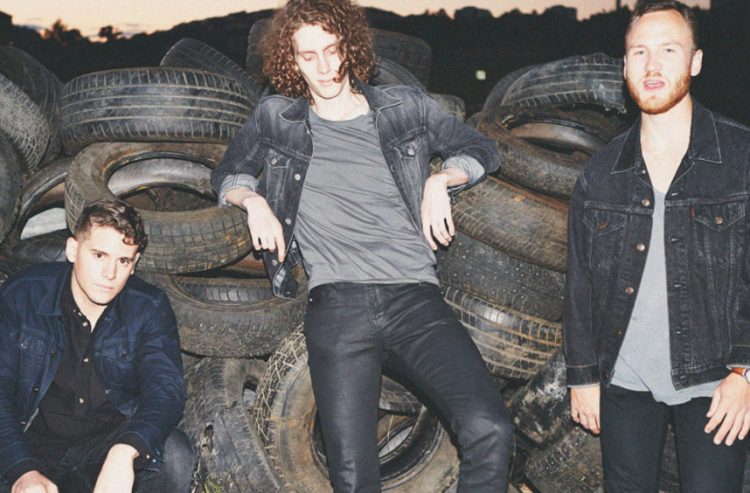 Everywhere is a rising alternative rock Swedish band, whose songs have been compared to the likes of Depeche Mode, The Cure and even U2. Catsickblog thinks their music has a “post-pop, indie vibe, with catchy beats and electro sounds”, which is easy to love.

The band formed back in 2012 when their frontman, Max Berga, sent out his bedroom demos to producers around the world. Max got a callback from LA producer Mark Needham (Fleetwood Mac, Blondie), who got the band to fly to Los Angeles to record some tracks.

Since then, the band has had two successful singles and an impending sophomore album, recorded in East West Studios Los Angeles under the supervision of Needham. We speak to the band to find out how their journey has been so far, who’s the craziest one, and what’s in store for the future.

Lipstiq: How has the journey been so far? What has changed since 2012?

Everywhere: It has been a bumpy ride to say the least. We have both dodged and taken bullets. The band has had many ups and downs, but somehow we manage rise and keep on going. When we started out we had a very stripped down acoustic sound, and since we have slowly progressed into a more modern style. Another thing that has changed is our fan base, which is much bigger today than it used to be.

L: How did you get into music? What instruments did you play?

E: We all have very different backgrounds but Filip (keys) has been a piano man most of his life with a background in Jazz. Marcel (guitar) went to a recording school and is primarily a recording engineer, but has slowly progressed into a contemporary guitarist. Max (vocals) started out with bass guitar as a child and went on to make hip-hop beats in his teens and writing songs in his twenties.

L: What would you say is the highlight of your career so far?

E: Playing the NME awards with Palma Violets and headlining Notting Hill Arts Club in London would rank high as far as highlights go. Working with Mark Needham in the famous East West Studios and supporting Kaiser Chiefs is pretty far up there as well.

L: Your first single “Shades At Night” did very well. What’s the story behind your second single, “Some Other Dude”?

E: Thank you! The second single, “Some Other Dude” is a funky little song about the importance of seizing an opportunity before it–the girl–goes out the window. L: How has the response been?

E: The response has been great! We have been getting loads of love from all the bloggers and radio people but most importantly our fans that have just embraced and praised it. Before we put anything out we always run it by our fans and let them have their say and thats something we will continue on doing.

L: What are your pet peeves?

E: First off we would like to say that we love pets! [laughs] Well, there are many. For instance, Max here is very sensitive to the sound of banana being squashed in the mouth, which is always a problem for us when we are on tour and someone, eats a banana in the van. L: What’s the strangest thing a fan has done?

E: The first thing that comes to mind must be a big hairy man with tattoos and a beard who had written Everywhere all over his chest at one of our shows. To top it off he was crying and screaming relentlessly and standing right up in front of the stage.

L: Who’s the crazy one in the band?

E: [Everyone points] That must be Marcel! If somebody would ever throw a television set out of a hotel window that would be him. He sinks pints like no one else, and has a knack for pulling pranks on people as well.

L: Finally…anything you’d like to say to your fans?

E: Guys and girls–mostly girls probably–if youre reading this, we just want to let you know that you mean everything to us! We will come and visit you soon and in the meantime, keep reading Lipstiq.com!

Everywhere’s Sophomore EP will be out next month. In the meantime, listen to their new single here: