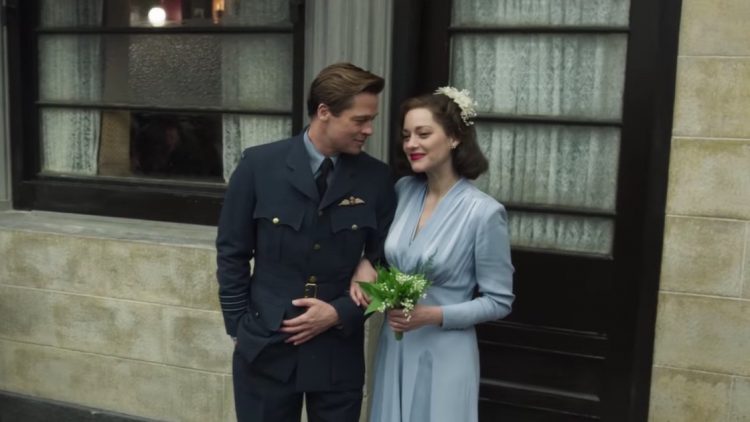 While the internet has been buzzing with Jennifer Aniston memes, some are wondering how Marion Cotillard, who has been romantically involved with fellow French actor, Canet for nine years, is responding to Brangelina’s divorce and accusations by Angelina Jolie that she and Pitt had an affair.

The successful French actress who famously starred in Inception, is reportedly feeling absolutely devastated for being dragged into Jolie and Brad Pitt‘s divorce drama after starring in Allied, a spy thriller with the actor.

The 41-year-old French star (same age as Angelina Jolie, OMG) and her beau have a 5 year old child together named Marcel. The couple isn’t married but Marion takes pride in calling Canet “boyfriend”.

Still, they are often seen as France’s version of Brangelina in their home nation.

The pair is happy together and as of late, she’s been addressing her desire of wanting to slow down in her career to focus on her mental health. “She enjoys her family time and wants to enjoy more of it,” said a source. “All this fuss will be a huge shock to her.”

In the spy thriller Allied, Cotillard and Pitt’s onscreen sexual chemistry has been described as ‘electric’.

According to the film’s producer, Graham King, Pitt and Cotillard had an immediate connection. The pair play an information officer and French Resistance fighter who fall in love. They began filming the movie in England in February this year and also traveled to Casablanca and the Canary islands for shoots.

The shock allegations of an affair are clearly reminiscent of Angelina and Brad’s own love story as they met and fell in love on the set of the 2005 spy film Mr and Mrs Smith while he was still married to Jennifer Aniston.

It didn’t seem like Brad would ever cheat on Jennifer Aniston at the time, right? Things aren’t always what they seem in Hollywood. While we aren’t sure who is telling the truth, we’re pretty certain this is not going to end well.