This Powerful Illustration Sums Up The Pressures Women Face 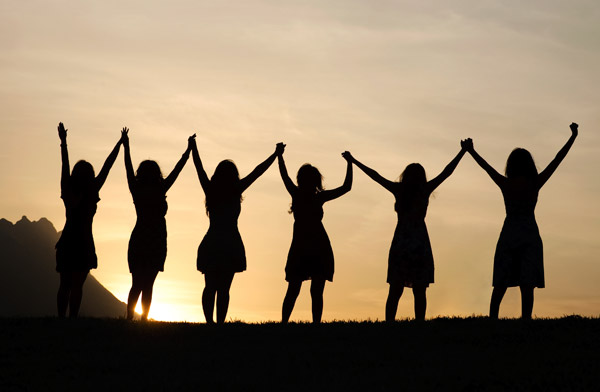 Women just can’t win. If you’re not being banned from wearing conservative swimwear on the beach for covering up, then you’re criticised for showing too much skin..

Clothing is just one of the many pressures women face, and journalist and illustrator Daisy Bernard perfectly paints a powerful illustration on this.

Bernard paired the illustration with contradictory statements with and about women, which include “don’t put out on the first date” next to “girls don’t like sex”.

One of the reasons why we need feminism #everydaysexism #feminism

“I saw the burkini [illustration] and it made me realise that it isn’t just [around] clothing that women are set such ridiculous expectations. I had a conversation about it with girls in the office, and we actually found it hard to narrow it down to just four illustrations as there are so many things we’re expected to do and be every single day,” Bernard said.

Bernard added, “There’s been quite a few men commenting on how ridiculous it is and how it’s just ‘a typical example of a woman complaining.’ But I guess that kind of just reinforces the ‘women can’t win’ message I was trying to portray. You can’t please everyone.”

She’s right. You really can’t please everyone and let’s be real, we can all relate to it, no matter our age.

Tags: In the NewsWomen Empowerment
Share2Tweet1Send