Newlywed Honeymoons Without Hubby & Copes Through With Hilarious Photo Series 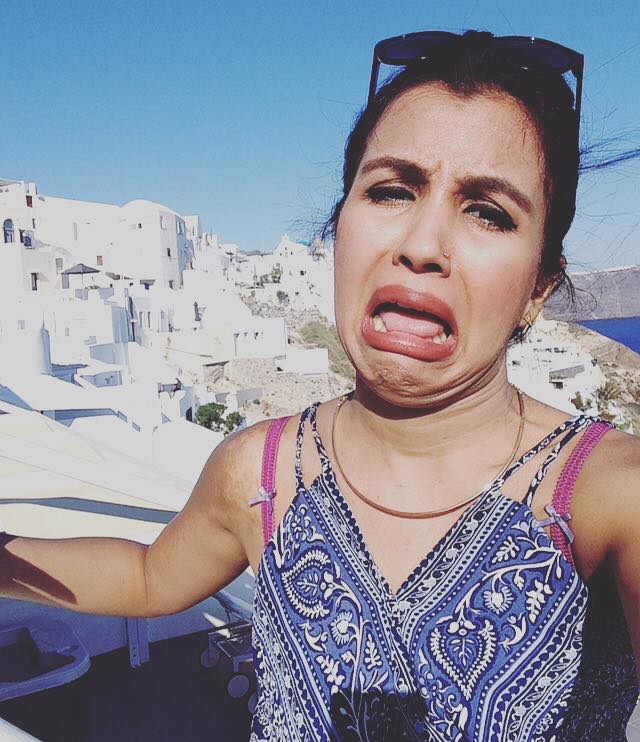 This is the stuff of wedding nightmares!

When Huma Hobin‘s new hubby Arsalaan Sever Butt got rejected for a visa just before they were supposed to leave for a fully-paid-for honeymoon in Greece, she was shattered.

Her honeymoon was not so much a dream trip, and she ended up travelling with her in-laws instead. Even then, she tried to make the best out of it and curated an hilarious photo series that wins the Internet.

At every spot she visited, she posed for a photo with her invisible husband by having an arm outstretched.

Midway through her holiday, she dropped her phone at sea and therefore started posing with the two things that are now missing from her trip – her husband and phone.

Isn’t she amazing for turning such a bad situation to something so epic?! 😀