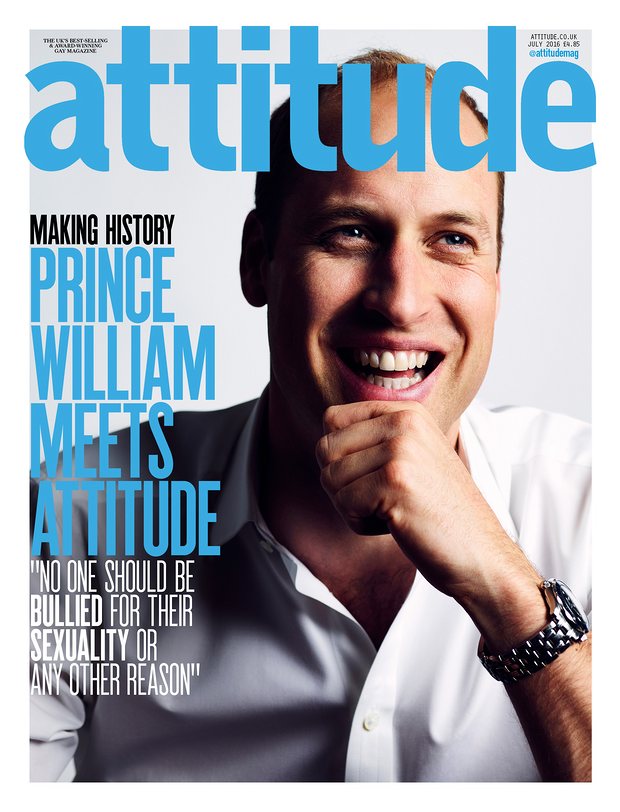 The horrific Orlando massacre was indeed an appalling hate crime towards the LGBTQ community, but in the U.K, people are celebrating as Prince William just made history by becoming the first member of the royal family to be on the cover of Attitude, a gay magazine.

His Royal Highness The Duke of Cambridge met a group of LGBTQ people to “hear their experiences of homophobic, bi-phobic and transphobic bullying, and discuss the mental health implications it has.” Both Prince William and his wife Duchess Kate Middleton have dedicated their time to mental health awareness and treatment together with anti-bullying initiatives.

He also mentioned, “No one should be bullied for their sexuality or any other reason and no one should have to put up with the kind of hate that these young people have endured in their lives.” He urged those who have been bullied to speak to someone who loves and cares for them. “You should be proud of the person you are and you have nothing to be ashamed of.”

Attitude magazine is one of Britain’s leading gay publication. It doesn’t always feature homosexual men on its cover though. Thanks for this, Prince William!