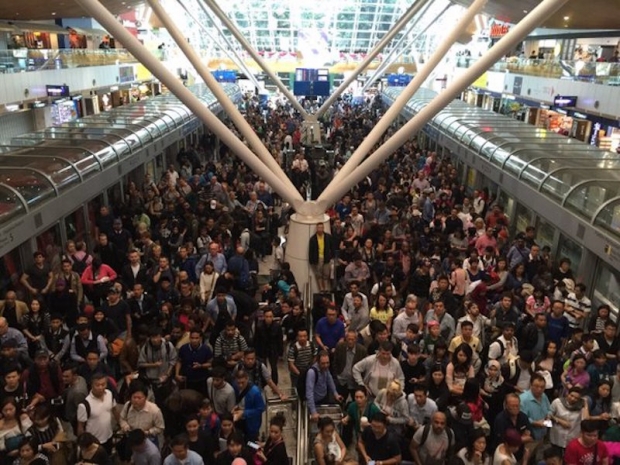 KLIA aerotrains connecting the main terminal to the satellite building stopped operating this morning at about 8 am, and passengers lose their cool.

A huge, frustrated crowd formed at the waiting areas, and passengers were seen pushing their way to the front line out of fear of missing their next flight. Some also jostled with each other to ensure that they get a spot on the train which could serve only half full carriages, despite repeated announcements by airport authorities to urge passengers to use the shuttle bus services.

As of 10.30 am, the situation has been brought under control, most of the passengers reportedly got to their respective terminals.