No Hard Feelings Between Beyonce & Jay-Z 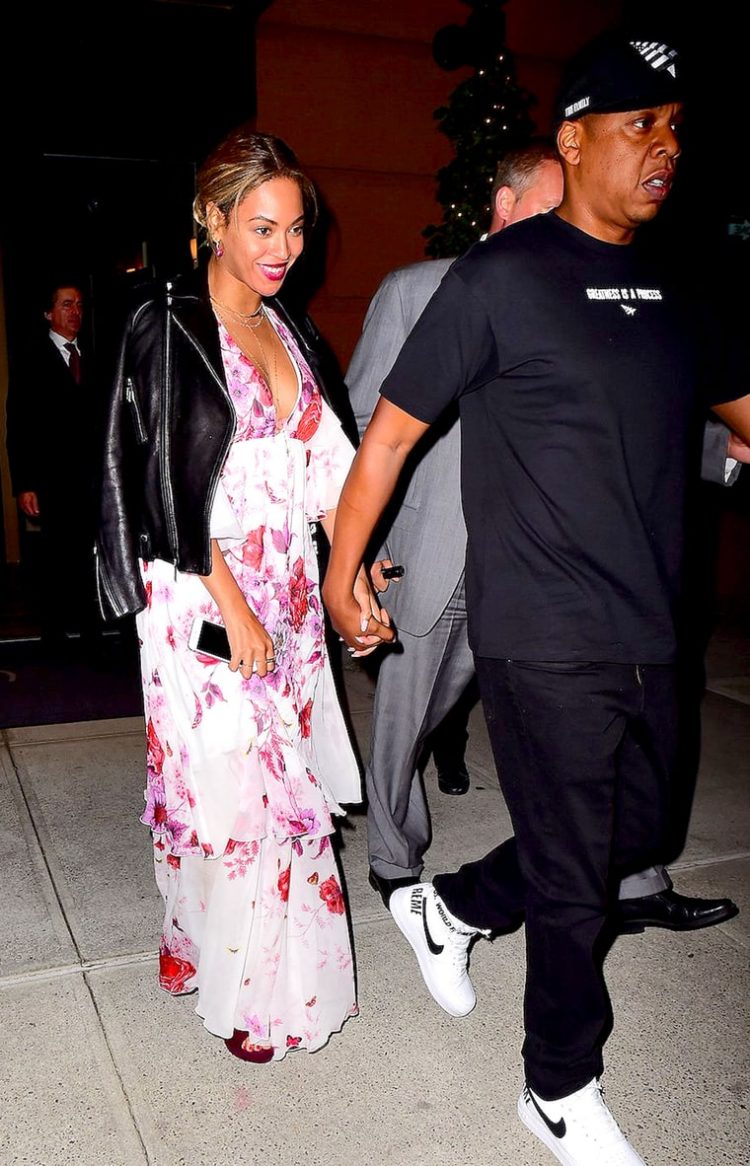 Beyonce was all smiles as she held on to her husband’s hand as the two were seen walking out of a restaurant in New York, after what seemed like a romantic date night. Beyonce was seen in a white and red floral maxi dress, finished off with leather jacket and bold red lipstick. Her 46- year old husband was more laid-back in a T-shirt, jeans, sneakers, and a baseball cap.

Later that evening, the rapper dropped a new track on Tidal, which is believed to be his response to Beyonce’s visual album, Lemonade. The song, titled “All The Way Up”, is a remix of Fat Joe and Remy Ma‘s street anthem of the same title. It featured lines like: “You know you made it, when the fact your marriage made it, is worth millions.”

The singer also goes on to rap,”Lemonade is a popular drink and it still is”.

Well, that’s only one song, so it’s a bit too early to deduce anything. Perhaps Jay-Z is also working on an album to tell his side of the story? Have they settled their differences? We’ll have to wait and find out.

Meanwhile, the “All The Way Up” remix is only available on Tidal.