Commuters Are Scared Of This Lady Because Of Her Face Mask 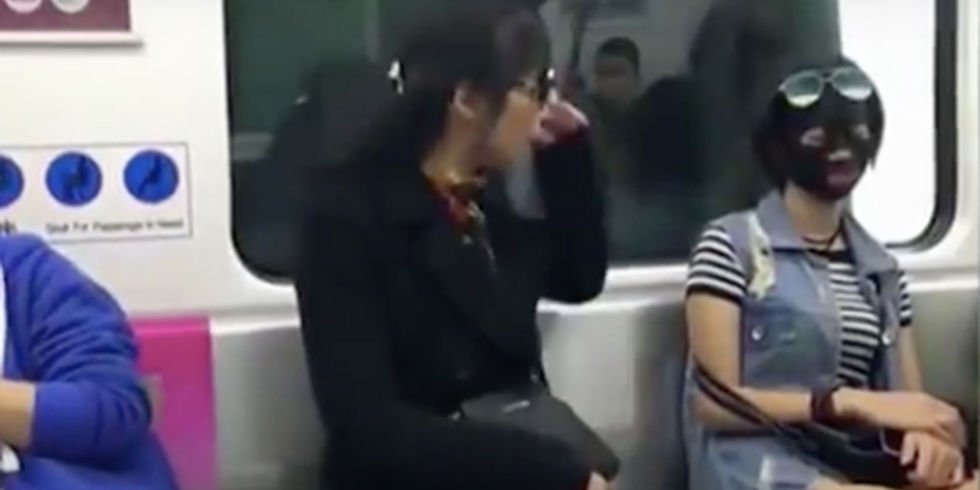 So, you see someone wearing a face mask on the train (or some other form of public transportation)… Do not stare. I repeat, do not stare!

A woman named Joey in Ningbo, China, has been terrorizing her fellow riders of the subway by wearing a black sheet mask daily on her way to work.

Why such mischief, you ask? It’s been said that Joey has a honeymoon coming up soon so she has been working extra hours to earn more days off, so this way the only way for her to keep up with her beauty regimens and lack of rest.

Hats off to Joey for literally not giving a flying fish because let’s admit it, not all of us would ever be bold and chill enough to do what she did.

Check out other commuters’ hilarious reactions: