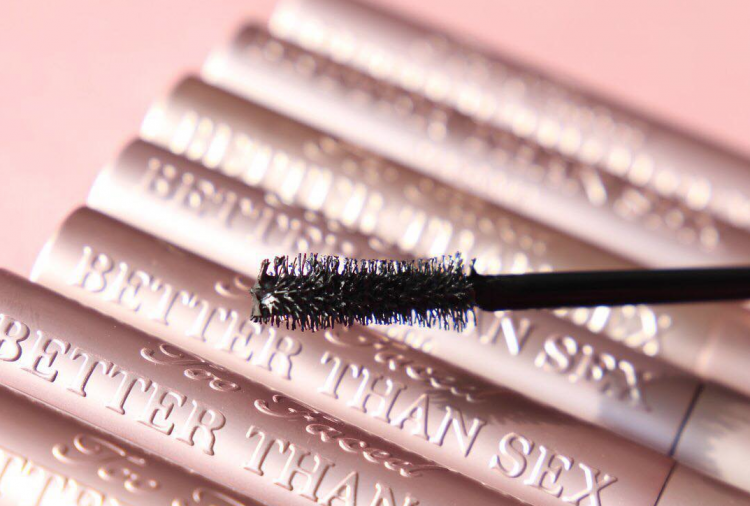 Say what you will, but as beauty snobs ourselves, one cannot deny that Too Faced‘s Better Than Sex mascara is one of the best ones out there – it perfectly holds a curl, it lengthens, and gives the lashes extra volume for a beautifully fanned out effect.

Obviously, its notoriously raunchy name is sparks another conversation on its own and if the mascara had sucked, it’d merely be a trash marketing gimmick. But considering how gloriously lovely everything about it is, – the wand, the pretty-pink packaging and the formula – we’ll let it slide.

And while the name of the mascara continues to be attention-grabbing, it is apparently way too ridiculously sexual for the Saudi Arabia market and as per the country’s strict laws and guidelines, the name Better Than Sex had to be censored. Guess what they replaced it with? Better Than Love. HAHAHA!

Too Faced’s Better Than Sex mascara isn’t the only product that got its name altered. Nars’ widely popular Orgasm blush got renamed to Nars O, whereas Becca’s best-selling highlighters Champagne Pop and Prosecco Pop were given the names C-Pop and Gold Pop respectively as alcohol is illegal in the country.

Saudi Arabia clearly isn’t the only country whereby the names of our beloved products are different! Nars’ Orgasm blush has been given the name 5192 blush in Malaysia, due to its obviously sexualised name. Ugh. Well, at least the formula and everything else remains the same!