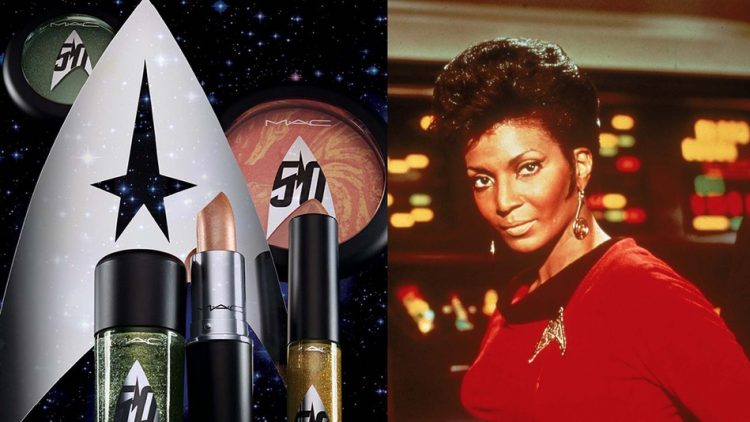 Gather around all Sci-Fi heads because MAC just revealed that they’ll be boarding the Star Trek Starfleet ship!

Earlier this week the brand announced that one of it’s latest collection will be based on Star Trek, to honor the original TV series’ 50th anniversary.

The collection is inspired by Star Trek‘s strong female characters like Seven of Nine, Deanna Troi, Uhura and Vina, the Orion girl. Fans can expect products such as lipsticks, eyeshadows, nail polishes and plenty more!

The collection will be launched globally this September! So excited! We can finally look like we belong in the galaxy!