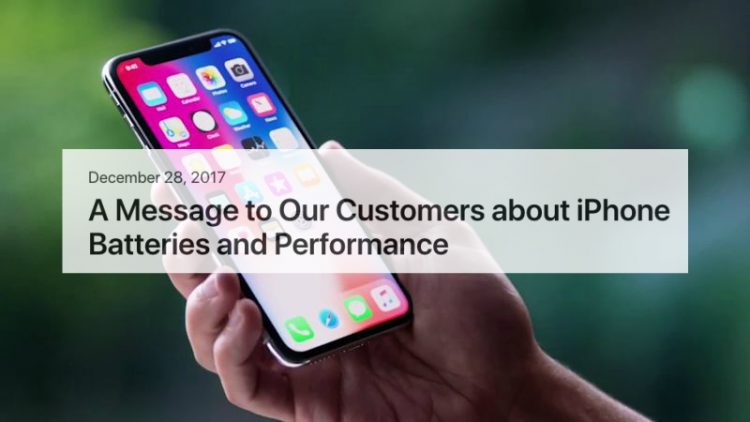 In a rare move, tight-lipped Apple has released an apology along with a chemistry lesson on how iPhone batteries work, following the company’s recent admission that it was, in fact, slowing down older phones in order to compensate for degrading batteries.

Calling it as a “misunderstanding”, Apple says that batteries are “consumable components,” and is offering anyone with an iPhone 6 or later a battery replacement for $29 (RM117) starting in late January through December 2018 — dramatically less than the $79 (RM320) fee it would typically charge. The apology comes as consumers in New York, Los Angeles and elsewhere filed suits accusing Apple of deliberately slowing the performance of older iPhones to force consumers to upgrade their devices.

Unsurprisingly, the largest of the demands is for a whopping $999 billion (RM4 trillion), filed by Violetta Mailyan, who alleges fraud through concealment and unfair competition under one of California’s Business and Professions Codes.

As a result, Apple is planning to release an iOS update that will “give users more visibility into the health of their iPhone’s battery,” though there were no further details on what this would look like.

The company also links to a series of tips that can be used to keep batteries more effective, like keeping them out of cold weather. Lol sure Tim, as if that can be helped when the battery performance has obviously been rigged..