MakeApp: This Make Up Removing App Is A Great Way To Ruin Anyone’s Day 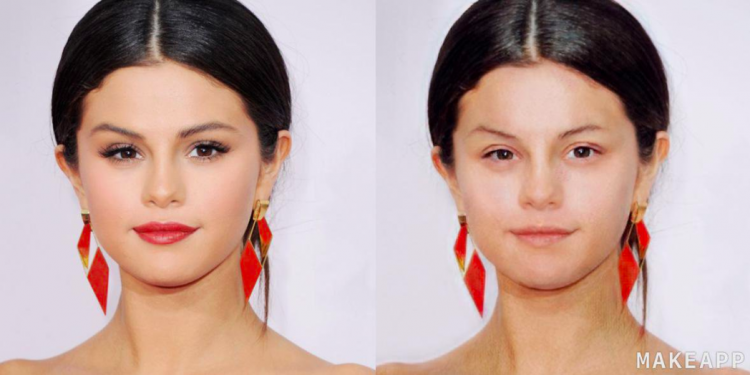 Earlier this year, I remember when my boyfriend complimented me for being blessed with “mysterious eyes”. (It was in fact, my eyeshadow technique, and not my natural beauty).

Apparently, adult men are still confused about makeup. But good news for everyone — there’s now an app that can help you decode what percentage of a woman’s selfies is natural beauty and what percentage is witchcraft/expensive products.

Designed by an AI startup founded by Ashot Gabrelyanov — the app allows you to upload a photo of yourself or, let’s say, a celebrity you have some misogynistic fixation on, and either digitally add or remove makeup. Hilarious!

It could also be used to identify human trafficking victims, saying, “In most of these cases, makeup is heavily used to disguise the age and/or identity of these people… heavily applied permanent makeup often makes the identification process quite difficult.”

AI Based App Trained To Add And Remove Makeup Reveals How Celebrities Look In The Morning https://t.co/VNY0URXMwo pic.twitter.com/No9mnJHrWb

I Tried This AI Based App That Removes Makeup On Celebs And Here’s What Happened https://t.co/DRykFc0JrF pic.twitter.com/BqrkKo8R0B

You can do this five times FOC before the app charges you $0.99 or someone files a restraining order against you. PS: The app supports video contents as well. Have fun!