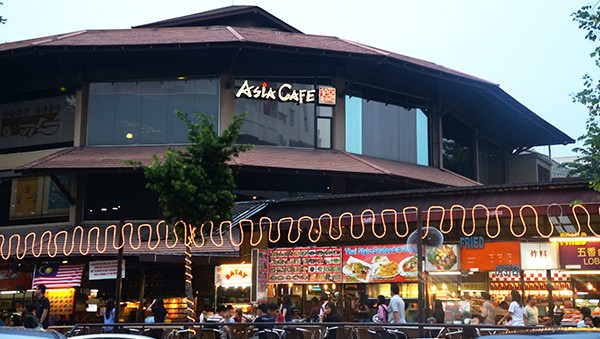 We know it’s almost the weekend, but we have devastating news to share. Asia Café SS15 aka everyone’s favourite hangout space — especially for students and residents of Subang — is finally closing its doors after 14 years of service.

The iconic Asia Café food court or AC for short, will be demolished to make way for a new SoHo development.

We’re guessing that it’s going to be something like the new and improved Uptown at Damansara Utama, but since SS15 is currently pretty limited on space for new constructions, the land owners have decided to knock down the food hub instead.

This comes as a surprise though, as MPSJ  has just opened (finally!) a brand new 4-Storey car park in SS15 last month, an effort to alleviate the horrid parking conditions that have plagued the area for a while. With 630 parking bay including 14 bays for OKU and 12 bays for ladies, the facility will be free until September 3 2017.

As heartbreaking as it sounds, AC’s developer Mediaraya Sdn. Bhd. has actually revealed its plan way back in November 2016. “Asia Café was set up in 2003 and the building is a bit weathered. Initially, we planned to retrofit it, but after considering the changing trend and the warm weather, we felt that it is best to redevelop it to fit the market segment.. plus air-conditioning.”

Sadly, most people moved on and forgot about this news because no specific dates were announced. As of now, the GM still could not confirm any specific numbers. He only mentioned that it will definitely be done by the end of 2017.

Ah Siong
Still rmb? U r the first person that bring me there 😂 https://t.co/7q1SgN7qjS

I'm so freaking flabbergasted with the fact that SS15's Asia Cafe is closing by the end of this 2017?! What happened to 2017

And these tweets simply deserve some kudos 😋

Asia cafe's butter chicken is the new bomb man! Definitely better than the ss15 one.