[MUSIC REVIEW] “In Rolling Waves” by Naked and Famous

Artist: Naked and the Famous

New Zealand alternative five-piece rock band Naked and the Famous returned to the music scene with their second full-length release, In Rolling Waves. The album is a melodramatic ride through pop, electro and alternative rock, combining calm synths with aggressive guitar riffs.

Naked and the Famous first made out attracted the attention of the music scene back in 2010 with their infectious hit, Young Blood, which also earned popularity after British vocalist Birdy covered the song on her debut album Birdy.

In Rolling Waves starts off relatively draggy, in our opinion. It didn’t seem as upbeat as the initial expression we had expected from Naked and the Famous. The opening track A Stillness was inconsistent as a track opener. It’s not a bad song, but the tempo of the song changes so often that it’s hard to keep up with it. Waltz on the other hand, is absolutely infectious. Kicking off with a mellow, sombre XX-ish vibe, Waltz combines a light touch of electro beats, dark emotions and the haunting combination of Alisa Xzyalith and Thom Powers’ vocals.

Hearts Like Ours perfectly showcases Alisa’s bell-like vocals against massive synths and heavy guitars. Hearts Like Ours carries the same weight and energy as Young Blood with inspiring lyricism and memorable power chords. The Mess also combines Aliza and Thom’s haunting vocal combination, but the light touch of synths reminds us of Of Monsters and Men. Another track that caught our attention was We Are Leaving, a conceptual, slow-paced piece that sounds as if it received the Nine Inch Nails touch.

Naked and the Famous’ In Rolling Waves has received great reviews from The Guardian, NME and the Line of Best Fit. But in our opinion, the album didn’t seem to mesmerize us with its effort. Maybe we’re asking too much from a new band, but it’s as if almost each song on the album sounded entirely too similar to each other. Waltz, Hearts Like Ours and We Are Leaving are probably one of the many stand-out tracks of the album. 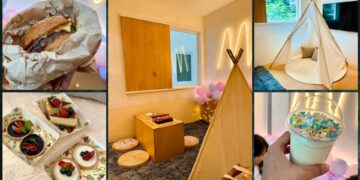 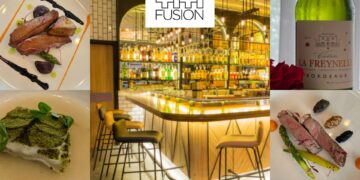 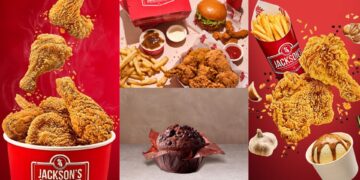 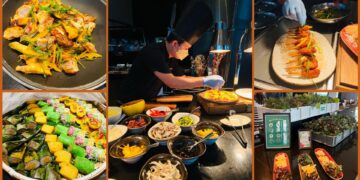