[UPDATE] Get Ready To Party This Saturday At Heineken #Thirst2013

[UPDATE] Get Ready To Party This Saturday At Heineken #Thirst2013

Heineken THIRST has long been one of the end-of-year events that party-goers look forward to every year. After last year’s epic event at Sepang which featured Avicii, Above & Beyond and Justice, everyone has been wondering what’s lined up this year. Well, the wait is over as the news about Heineken THIRST 2013 #Thirst2013 went viral just this morning! The folks at Future Sound Asia has announced the first three DJs that will be appearing at Sepang on the 14th of December: French chart-topper David Guetta, Dutch duo W&W, and twin DJs from Australia, Nervo. More details on other DJs for #Thirst2013 will be revealed soon, and we’ll let you girls know!

Meanwhile, here are some information on the tickets for Heineken ThIRST 2013 – so make sure you buy them before they’re sold out!

Wanna check out what happened at Heineken THIRST 2012? Watch our video below!

Party people, are you ready for the most electrifying music event to end your year? As the 14th of December draws closer, preparations for this Saturday are in full swing! The stage is set and the organizers are gearing up for an electrifying show with a few surprises installed for you this weekend.

Here’s a glimpse of what it’s going to look like:

Do be at the venue early because you do not want to miss this! In case you’re wondering what time your favourite acts will be playing, check out the set times below.

Here are some dos and don’ts you should take note of before heading to the event:

Can’t wait? David Guetta also has a special message dedicated to the fans of #Thirst2013:

Lastly, kindly find the festival map below for your kind perusal and ease of navigation on the day of the event. See you at Sepang on 14 December! 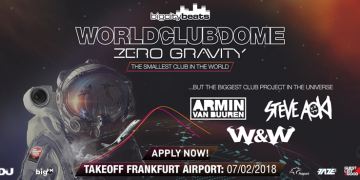 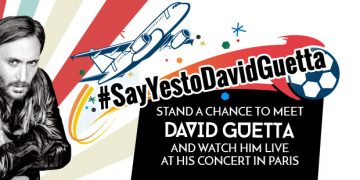