When it comes to acting, it’s not always just about looking good. You don’t have to be the best looking person on the block to be an A-list actor/actress. It’s the efforts and the risks you take that make up the actor that you want to become. We’re looking at some of the movie shocking transformations that actors/actress’ have made for their roles in movies. From Charlize Theron gaining weight for her role, to Jim Carey as the Grinch – it’s pretty jaw dropping!

2. Charlize Theron as Aileen
Movie: Monsters
Charlize Theron played a real-life serial killer named Aileen Wuornos – this woman killed 7 men in a span of two years. Charlize played her character towards all aspects. She even gained weight for the movie in order to fit the role even more. That’s what you call dedication.

3. Elizabeth Banks as Effie Trinket
Movie: The Hunger Games
Effie works as the escort for District 12, particularly to Katniss Everdeen and Peeta Mellark in The Hunger Games triology. For this character – as it was set in the future – exploration of colour was key. Elizabeth took on the challenge and stunned everyone. At first glance, you don’t even know it’s her. Along with tweeking the way she talked as the character of Effie – she really brought things to the next level.

4. Heath Ledger as The Joker
Movie: The Dark Night
Heath Ledger is an actor that will forever be missed – and the last role he played was the role of The Joker in The Dark Night… the entire movie was contributed to him and his efforts on how he portrayed The Joker. In the history of all Batman movies – his rendition of the Joker was definitely one that everyone loved. We just wish he could be here to know how amazing he did!

5. Jim Carey as The Grinch
Movie: How The Grinch Stole Christmas
We all know Jim Carey as the man with the many funny faces and in the Christmas classic, How The Grinch Stole Christmas – he played the Grinch and was covered up in make up – yet, he was still able to portray his role perfectly. We’re pretty sure he scared a couple of kids too. The make-up really transformed him – and if we didn’t know better, we would have thought it was someone else. We guess when you’re completely transformed and able to act properly, that’s the biggest challenge and achievements to actors today.

6. Marion Cotillard as Edith Piaf
Movie: La Vie En Rose
This was one of the most magnificent transformations we have ever seen. If you put the image of Marion Cotillards character and the real Edith Piaf herself – it’s a split image. Marion Cotillard took this role seriously as Edith Piaf is a huge icon in France, this was a big pressure for Marion – and she found her way around it and even won an Oscar for her efforts. Marion went to the extent of shaving her own personal eyebrows for this role. It’s pretty amazing that she would make such an effort.

7. Rooney Mara as Lisbeth Salander
Movie: Girl With The Dragon Tattoo
Rooney Mara has been around the industry for awhile – but she never go the recognition until the day she took the role as Lisbeth Salander. The transformation she did in order to create this character was crazy. When you look at how she really is, a sweet kind of girl and who Lisbeth Salander is, a rebel beyond words – the resemblances could never be made. In fact, for this role, Rooney had to pierce her ears, nipples and nose all in one day as she has never had piercing before. Pretty hardcore if you ask us. She played the role of Lisbeth Salader perfectly. Just like in the books. So, she did the right research.

8. Tom Cruise as Stacee Jaxx
Movie: Rock of Ages
Tom Cruise has been know as the guy from Mission Impossible or Top Gun, but lately he’s been playing around with different roles that are somewhat ‘fun’ ones. He played a rock star, Stacee Jaxx in Rock of Ages – and it was a pretty shocking transformation. Plus, at the age of 50, he’s willing to take such roles – we find that pretty good. 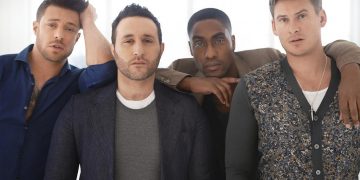 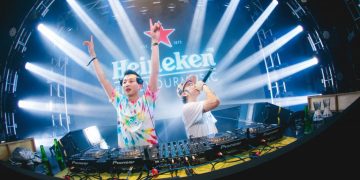 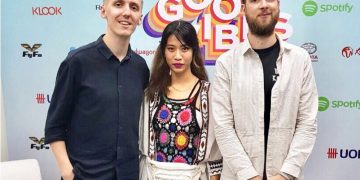 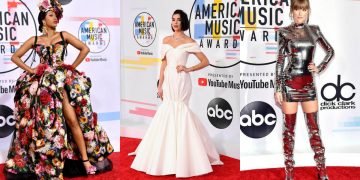 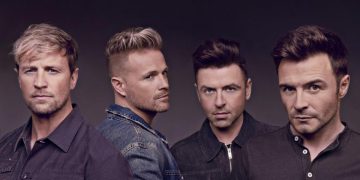 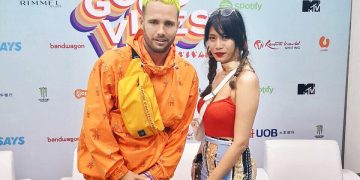 Interview: What So Not Divulges Before His Heart-Thumping Set At Good Vibes Fest ’18