The 29th annual Billboard Music Awards will take place on May 15th (morning of May 16th in Malaysia), with full attendance for the first time since the pandemic in 2019. With a lineup that includes the Red Hot Chili Peppers, Mary J. Blige and others, this year is shaping up to be a major one, with plenty of unforgettable performances.

Let’s take a look back at some of the most memorable prior Billboard Awards performances by mining YouTube’s view count data to determine the most popular performances from the last thirty years! According to RantCasino’s analysts, here are 5 of the most viewed Annual Billboard music performances.

Bruno Mars’ performance of Treasure in 2013 takes top spot with a stunning 19 million views. Bruno and his band The Hooligans performed under a shimmering disco ball in full 70s regalia. This performance included a dance breakdown that was evocative of boy bands in the 1970s. Due to the popularity of Mars and the disco genre, this record reached #5 in the United States and may have garnered a large number of views.

I Have Nothing by Whitney Houston

Whitney Houston’s iconic performance of I Have Nothing in 1993 comes in second with almost 13 million views. This song reached #4 on the Billboard Hot 100, after the success of I Will Always Love You and I’m Every Woman from The Bodyguard soundtrack. Because of its high rating in this list, this performance is recognised as one of Houston’s best, according to Rolling Stone.

The Show Must Go On by Celine Dion

Celine Dion, a member of the vocal trinity, is in third place with her rendition of Queen’s The Show Must Go On, which has over 3 million views. Celine chose an appropriate tribute to both her husband and brother who died in the same week that year, demonstrating that while there are losses, the show must go on.

I Still Believe by Mariah Carey

With 238,000 views, Mariah Carey’s 1998 cover of I Still Believe is ranked fourth. This song was written by Brenda K. Starr, for whom Mariah performed backing before she started her career. Mariah started the show with her signature whistle notes and closed it by accepting the award for most Billboard Hot 100 singles, with 13 to her credit since her career began eight years prior.

Miguel’s performance of Adorn in 2013 just made it into this list, with over 113,000 views. Miguel attempted a stage leap and accidently impacted an audience member in the head with his foot during this concert, which resulted in a lawsuit two years later.

More on music and artists? Read these: 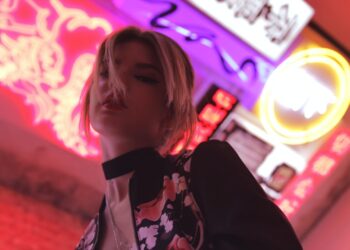 It takes more than confidence and good looks to feel like the absolute Bad B**ch - you also need good...